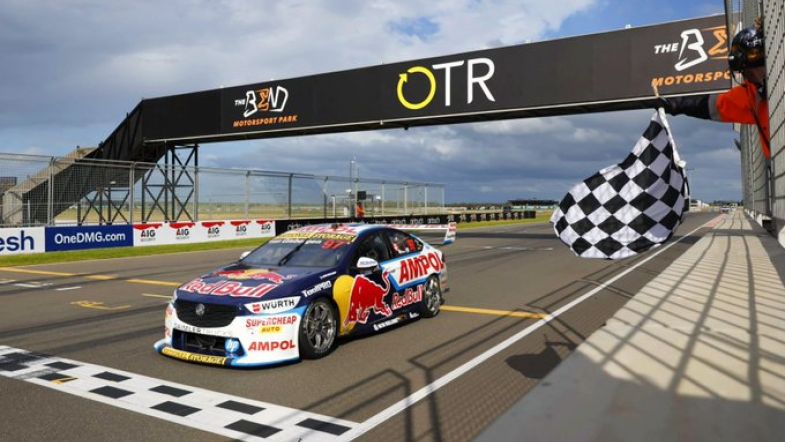 Wet and slippery conditions in the last race of the weekend did not stop Shane van Gisbergen from winning three out of three Supercars Championship races at The Bend.

The field started behind the safety car due to heavy rain, with Cameron Waters heading the field as it was released on the third lap.

A tough fight for the lead developed on the first green flag lap between Waters, van Gisbergen, Anton De Pasquale and Broc Feeney.

Waters fought hard to stay in front, but made a mistake and went wide on the eleventh lap, allowing van Gisbergen to claim a lead he was not to lose.

Brodie Kostecki drove a strong race to finish third for Erebus Motorsport ahead of Will Davison and Feeney. Holden driver Will Brown rounded off the top six.

Van Gisbergen has extended his lead to 393 points over Waters while De Pasquale, who finished seventh, has dropped to third, two further points behind.

The next Supercars Championship race takes place on August 19-21 at Sandown.