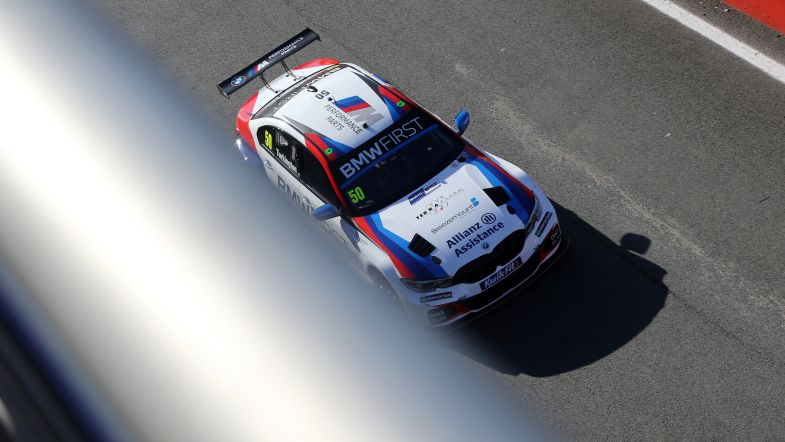 Colin Turkington was full of praise for Tom Ingram after the four-time champion lost out to his EXCELR8 rival for the 2022 crown at Brands Hatch.

Turkington went into the season finale as the rank outsider of the four championship contenders, with the WSR man suffering a further blow when hybrid issues in qualifying left him down in tenth on the grid.

Although he would battle through to the podium in race two, Turkington was out of contention for the title by race three, where Ingram beat Ash Sutton and Jake Hill to grab a first title – with Turkington amongst those to offer his congratulations.

“This is the hardest series in the world to win,” he said. “I know just what it takes to get it over the line and Tom is a worthy champion.  ”In parc fermé after the second race, I knew exactly how he was feeling and seeing someone take that pressure and deliver – I was really pleased for him.”

Turkington admitted that the issues he suffered in the penultimate weekend of the year had ultimately been key to him failing in his bid to earn a record-breaking fifth title, but he insisted he was still proud of his performance in a hard-fought campaign on track.

“Race day proved to be a good day in what’s been quite a difficult run-in to the end of the season for me,” he said. “Silverstone did the damage, and it took too long to iron out the hybrid issues for me to have a realistic chance this weekend.

“The competition has been tough, but overall, I think it’s been a fantastic year of racing with a clear shift towards racing with respect. Yesterday’s races proved you don’t have to crash people off the track to be in contention for a title.

“I’m still proud of where we finished, as I know – together with WSR – we never let ourselves down and pushed hard to the end. Team BMW were once again a force to be reckoned with, and clinching a seventh consecutive Manufacturers’ title is a truly impressive achievement.”