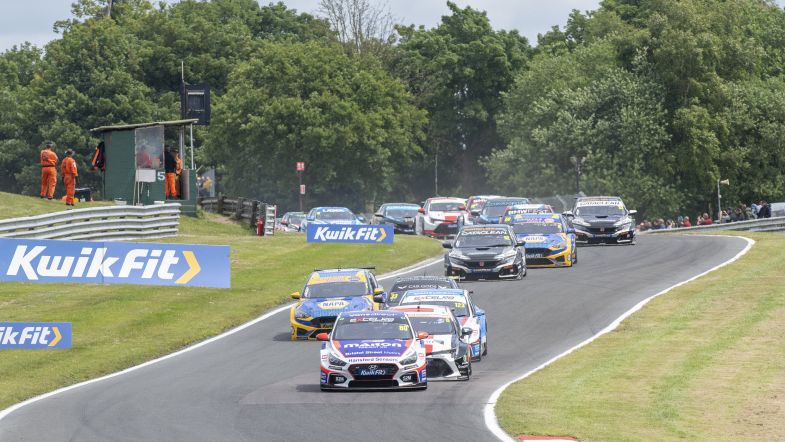 Revisions to the hybrid rules and the return of the option tyre are the two major changes to the sporting regulations for the 2023 British Touring Car Championship season.

Hybrid power was introduced into the series this year, with the top ten drivers having to battle on track with a reduced amount of hybrid available during qualifying and the three races.

For the second season with the technology in place, a number of changes have been made to ensure that hybrid has a ‘greater impact’ on the action, with one criticism during 2022 being that the system hadn’t affected the racing in the same way as success ballast had previously.

Under the new regulations, the top seven cars in the championship – or on the grid based on previous race results – will now have a reduced amount of hybrid available and will also only be able to deploy the system when at a higher minimum speed.

Cars from eighth place onwards will be able to deploy hybrid power from a reduced minimum speed, giving them an advantage over the top seven cars, but will only have the system available for 50% of the racing laps – introducing a new tactical element to the racing.

Hybrid will also now be available on the first lap after a safety car, whilst the minimum time between deployments has been increased to five seconds.

Alongside those changes, the option tyre will be reintroduced at the ‘unanimous request’ of teams and drivers, with the majority of events seeing drivers forced to run the option tyre in one of the three races.

At both Snetterton and Croft, three compounds will be used which must each be used across race day, whilst Thruxton will continue to run with just the hardest compound in use.

The final major change will see the ‘Top Ten Showdown’ qualifying format reintroduced, with a main 30 minute session being followed by a ten minute blast for pole between the top ten drivers.

The system will be used at Donington Park, Brands Hatch Indy, Oulton Park, Knockhill and Silverstone.

“The changes we have made for 2023 have been done solely to keep to the core values of the championship – and that’s to make the BTCC as competitive, unpredictable, exciting and entertaining as possible,” BTCC chief executive Alan Gow said.

“All year I’ve been asked by teams and drivers to bring the option tyre back for 2023, as they really enjoy the challenge it provides. So, we thank Goodyear for accommodating this and producing the three different specifications of tyres needed.

“As well, after the data-gathering and learnings from the first season using hybrid, we identified ways in which to tweak how the hybrid is deployed in order to better suit the competitive nature of the BTCC. Drivers throughout the field will now have to be more strategic as to when, where and how they use hybrid.”