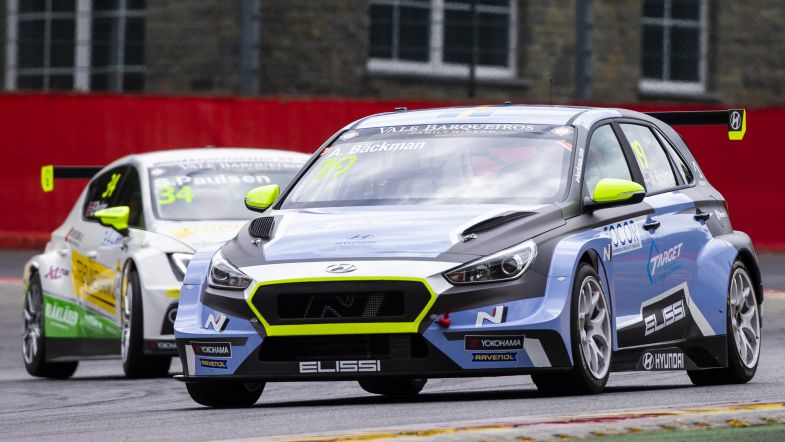 Andreas Bäckman delighted with 11th to third battle at Spa

The Target Competition driver was one of the few Hyundais to make up ground at the Belgian circuit, making the most out of a battle between the WRT Volkswagen of Ash Sutton and the the DG Sport Peugeot of Aurélien Comte at Les Combes to snatch fourth place on lap seven.

From there, Bäckman crossed the line three-tenths behind Target team-mate Mat’o Homola, matching his fourth-place finish from Hockenheim Race 2.

“It was a really tough race, but I did some good overtaking and the car felt much better today,” said Bäckman to TouringCarTimes.

“I felt really comfortable in the car, and I had really good speed.

“Normally on this track you overtake on the straights, but on the straights I’m losing speed especially against the Audis and the Peugeots – I’m really happy though as before the race I didn’t expect to be this high up.”