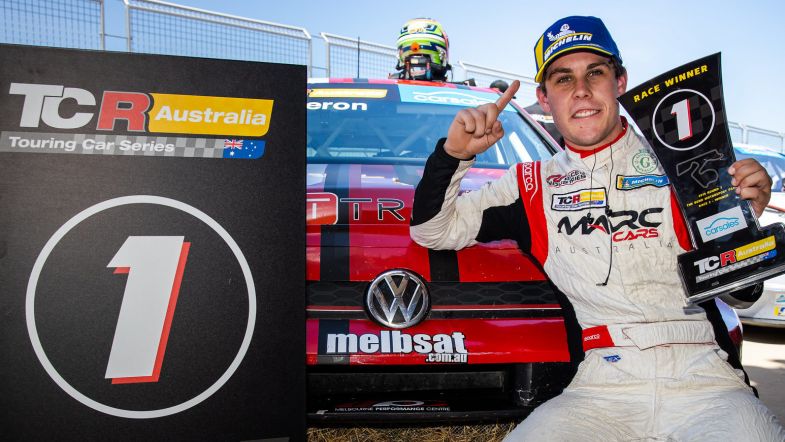 TCR Australia race winner Aaron Cameron will get the chance to sample BTCC machinery for the first time when he joins Team Dynamics for a test at Silverstone next week.

The teenager secured third in the TCR Australia standings during the season finale at The Bend, where he picked up his maiden win in the series in the second race of the weekend.

Cameron will get behind the wheel of Team Dynamics’ Honda Civic Type R FK8 during the test as he rejoins the team for the first time since the Dubai 24 Hours earlier this year, when he was part of the driver line-up in a Dynamics-run Audi RS 3 LMS.

“Team Dynamics has allocated me a considerable amount of laps in the car, so it will give me a good chance to get a feel for the car. I’ve really enjoyed my time in TCR Australia this year. It has given me a lot of opportunities to see what else is out there.

“My plans for 2020 aren’t locked in yet. I’d like to do another season in TCR Australia, but a test like this will give me a good understanding of what else is available and where I can start to look into the future.

“This whole deal to test the car has come about with the assistance and support of [Marc Cars boss] Ryan McLeod. He was the one who linked me with Team Dynamics to drive the Audi TCR car in Dubai, and now it has progressed to this BTCC test, so I can’t thank him enough.”