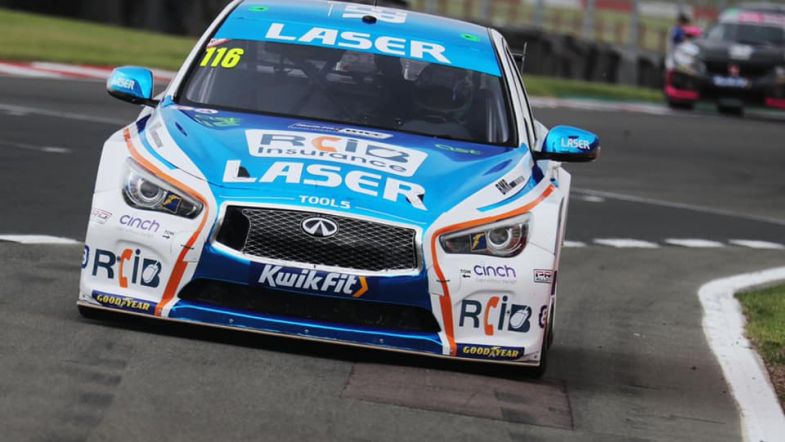 Ash Suttons warns that Infiniti “will only get faster”

Ash Sutton has warned Laser Tools Racing’s rivals that the new Infiniti Q50 will ‘only get faster’ after a strong showing in qualifying at Donington Park.

The former series champion was on the pace throughout Saturday’s running at the East Midlands circuit and qualified third on the grid ahead of his debut in the car.

That came despite Sutton being stripped of two lap times for track limits and he admitted to being delighted with the performance of the car out of the box.

“I’m over the moon,” he said. “We’ve come here with limited running in the dry and have only done something like 20 laps. We got close in qualifying with the set-up and I think there is a little more in the table but I’m pleased. It’s been an odd day with it being warm in practice and then cooling off but we’ve put in a good showing.

“People need to remember that these are brand new cars and I think there are only two things carried over from the old car. We’ve taken some things over from the Subaru as well and it’s got me excited. I’m feeling confident that we have a strong race car and there are changes still to be made.

“The thing is only going to get faster…”