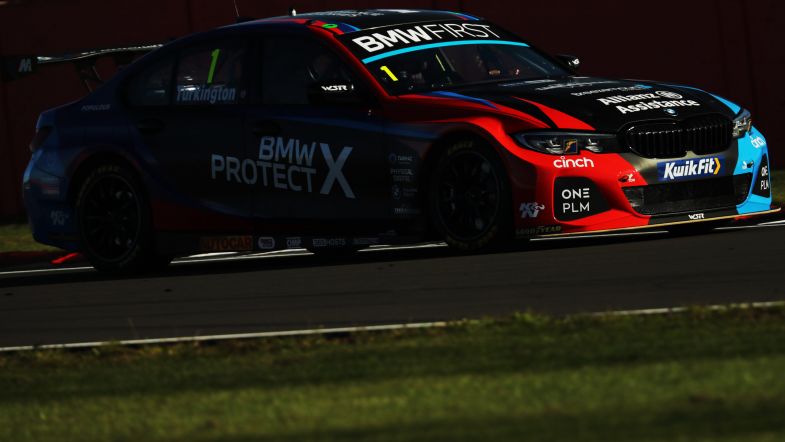 Colin Turkington heads the pack in opening practice at Croft

Colin Turkington topped the times in the opening free practice session at Croft ahead of the seventh meeting of the truncated BTCC season.

The Team BMW driver posted what would prove to be the benchmark lap in the closing stages of the session with a time of 1:22.145 allowing him to improve on a lap that had already put him on top of the pile.

The Northern Irishman – who has more wins than anyone else at the North Yorkshire circuit – would end up 0.125s clear of current points leader Ash Sutton, with Turkington’s fastest two laps both being better than the Laser Tools Racing was able to manage.

Third fastest was the Honda of Dan Cammish, with the Team Dynamics driver briefly heading the session before Turkington’s late flyers and ending up 0.158s off the pace, with Tom Oliphant in the second BMW slotting into fourth spot.

Jake Hill was fifth for MB Motorsport having jumped up the times on his final lap in the session ahead of Josh Cook’s BTC Racing FK8, with Adam Morgan and Matt Neal rounding out the top eight places.

With the team having worked round the clock to rebuild his car, Rory Butcher put his Motorbase-run Focus into the top ten despite the session being viewed as a shakedown session – lapping seventh tenths off the pace.

Further down the order, debutant Jac Constable was 23rd fastest in the Power Maxed Racing Astra whilst Tom Ingram failed to set a time after a manifold issue on his Speedworks-run Toyota.

The session was halted briefly when Mike Bushell went off at turn one but he would rejoin the session later on and posted the 19th best time.