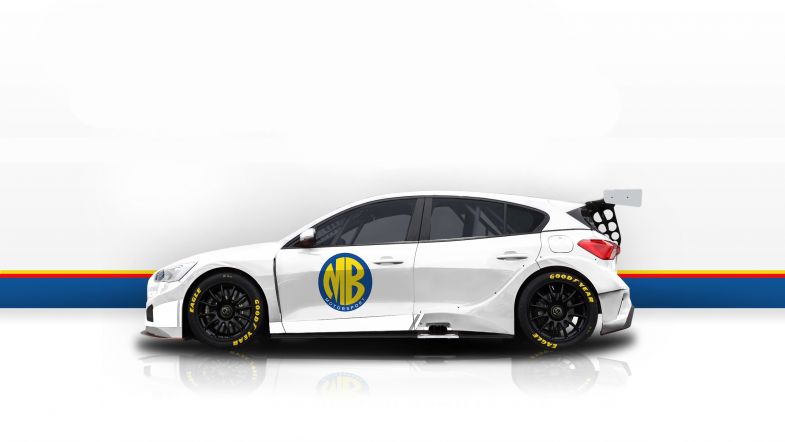 MB Motorsport sporting director Mark Blundell says he is excited by the prospect of fighting for the BTCC title in 2021 after official confirmation of the expected tie-up with Motorbase Performance for the season ahead.

Blundell worked alongside AmD Tuning boss Shaun Hollamby to create MB Motorsport last season, with that partnership continuing into the new campaign despite Hollamby’s purchase of Motorbase Performance over the winter alongside Pete Osborne.

It means two of the Motorbase Ford Focus STs will run under the MB Motorsport banner, with Jake Hill having already been confirmed in his deal prior to the end of the 2020 season. Blue Square remain onboard as title sponsor, with the second driver to be confirmed in due course.

“This news marks another exciting point in the team’s journey,” Blundell said. “We all loved our debut campaign in the series last year and are united in wanting to achieve much more in the coming year. We have a fantastic relationship with Shaun and Pete and are delighted to be working with Motorbase Performance in the next step of our journey.

“The Honda Civic was a fantastic car and we all loved it fondly, but everything has a lifespan in motorsport, and we are firm in our belief that the Ford Focus ST is a huge step forward both in terms of outright pace but also with the introduction of Hybrid engines in 2022.

“Continuing our relationship with Blue Square as our title partners is another huge coup. Like ourselves at MB Motorsport, they are a hugely proactive and dynamic agency who deliver at the very highest level for their blue-chip clients. The sectors in which we both work are very complementary to each other and we look forward to strengthening that collaboration, opening up new opportunities and winning some races together in 2021!”

Hill meanwhile said he was excited at the prospect of getting behind the wheel of the Focus – a five time winner last year – during the season ahead.

“I was delighted when I heard everything had been brought together and I’d be behind the wheel of a Ford Focus this coming season,” he said. “The Honda Civic was a big step forward for me and I loved every race in it, but today’s announcement sees us as a team go to another level again and takes my ambitions for the season ahead to a new level as well.

“I’m also really delighted to be continuing our work with the Blue Square team too. Right at the start of 2020, I really enjoyed being a part of their kick-off event with their team and together we brought together some really cool virtual and digital activities last season. No doubt, we will be just as innovative and creative this year alongside their clients and friends.”