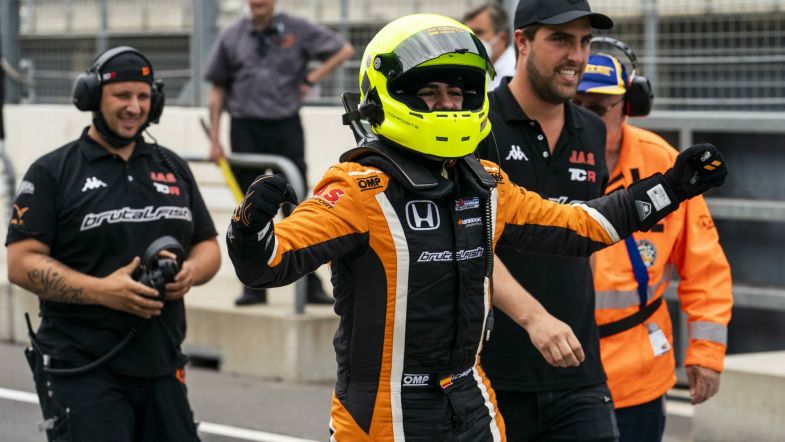 The Honda Civic Type-R TCR driver, who is contesting his first season in the Series, started the second race fifth on the grid and made progress through the field after a slow start for polesitter Sami Taoufik.

The Spannish teenager, who has benefitted from the engineering and coaching from experienced touring car driver Pepe Oriola this year, admitted that he had not expected to be standing on the podium so soon in his touring car career and that reaching the finish in third was tough work amid tyre conservation.

“This result is amazing, the feeling is just amazing,” Callejas said post-race.

“It was a hard race and I didn’t have the best of starts, but then I pushed a lot and I was able to pass Clairet. After that, I just managed my tyres and that was that.”

While there was plenty of action during the race throughout the field, most notably his team-mate Jack Young having to take to the gravel at high-speed through Schievlak, Callejas’s own race was by his own admission calm.

However, the series rookie says that he not getting too carried away with his impressive early season form, particularly given the quality across the grid.

“The race for me was very clean, very fair, and I have no words to describe it – just amazing!