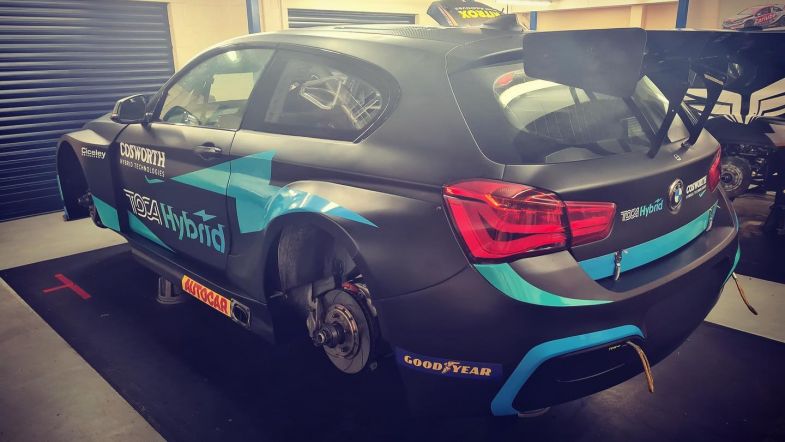 Development of the new BTCC hybrid system will continue with two cars after the addition of a BMW 1 Series to the ongoing testing programme.

Ciceley Motorsport has prepared the car, which will now hit the track alongside the Toyota Corolla that has completed the running carried out to date as Cosworth Electronics and M Sport continue work on both the hybrid system and the new 2022 TOCA engine.

The BMW is the car that was raced last season by Carl Boardley, and which was used by Ciceley whilst it waited on delivery of its new 330i M Sports.

The car will undertake a two-day shakedown at the Stafford Test Facility before running at Snetterton across two days next week, with James Cole and Andrew Jordan set to share driving duties in both the BMW and the Toyota.

Jordan will take in the Silverstone meeting later this month in the Toyota, although he will start all three races from the pits and will not be eligible to score points.

The fact that the BMW is now running with the hybrid system means testing can take place with both front and rear-wheel drive machinery.