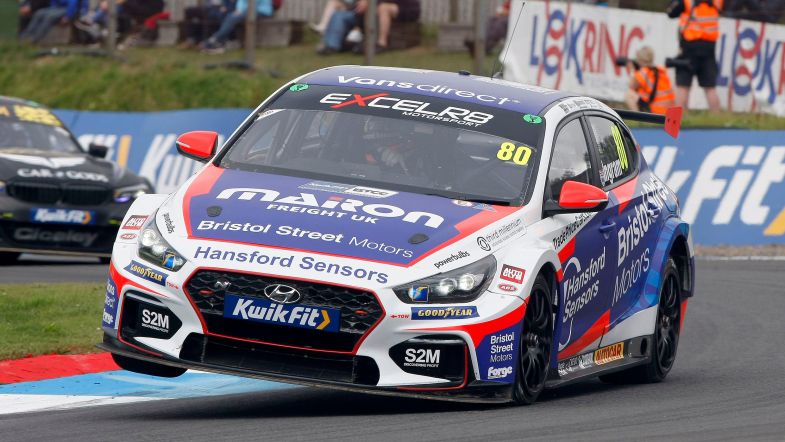 Tom Ingram said he was ‘disappointed’ with his result in qualifying at Knockhill despite securing eighth on the grid for the latest rounds of the BTCC season.

The championship leader was the third best front-wheel drive car in a session largely dominated by the BMW drivers, who locked out five of the top six spots on the grid ahead of the opening race on Sunday.

With closest rival Josh Cook outside the top ten, Ingram will now look to extend his points lead as the season resumes after the summer break, but he admitted he had hoped for more from qualifying.

“I’m disappointed if I’m being honest as we should have got more from it,” he said. “That’s mainly because of the thing behind the wheel as I think I left two tenths out there, which would have put us third.

“I’m a bit annoyed but we are in the right area, and we have to focus on staying out of trouble and trying to work our way forwards.”

Ingram added that the performance of the BMWs in the session has been in contrast to suggestions in some quarters prior to the summer break that front-wheel drive cars had been given an edge under the new hybrid rules.

“The massive front-wheel drive advantage we have has clearly carried over to Knockhill, so we need to see how things pan out,” he quipped. “We’re going to be on the back foot compared to those guys [in rear-wheel drive] as they can look after their tyres and look after their brakes and drive at half pace and pull away from us. We just need to keep our heads down, focus on ourselves and score the points we need.”