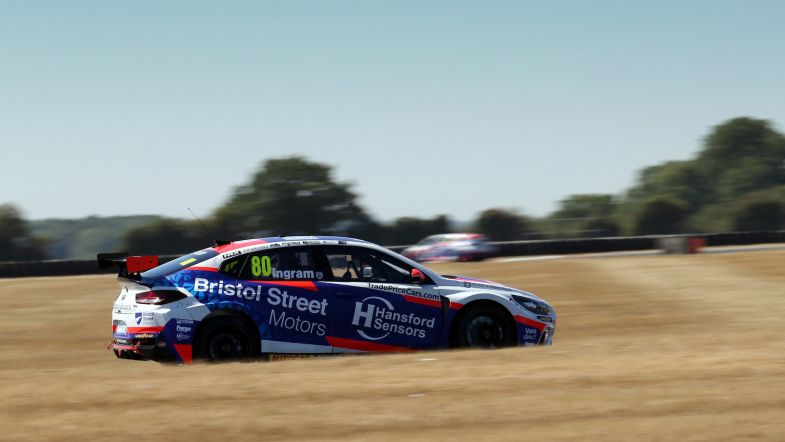 Tom Ingram said he was happy to be ‘well placed’ after qualifying on the second row of the grid at Snetterton.

The EXCELR8 driver was fourth quickest during the session as Colin Turkington – the current BTCC points leader – grabbed his third pole of the campaign, but was then promoted up to third due to a penalty for Stephen Jelley.

Ingram will be surrounded by rear-wheel drive cars however, with two BMWs in front and another two behind and he said he expected a challenge in the sweltering conditions expected on track.

“The car has felt fantastic since the start and we’ve been able to work at tweaking things as we’ve gone along,” he said. “The rear-wheel drive cars have been quick for the second weekend on the bounce and we have to see what happens in the races.

“Being honest, I think it will be the rear-wheel drive show but we have to see. We’re well placed and we can race from where we are, so I’m looking forward to tomorrow.”