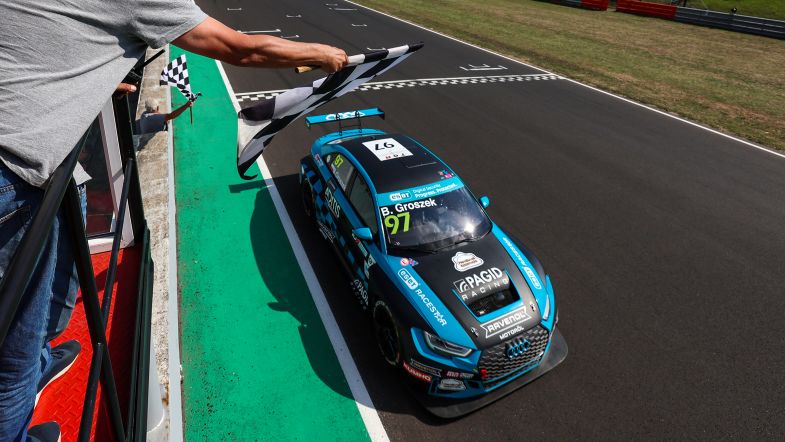 Petr Fulín made it a double win on his TCR Eastern Europe return after winning the second race of the season finale at Most while Bartosz Groszek finished fourth – securing enough points to clinch the title.

Radim Adámek started from pole but made a mistake on the first lap which allowed Hyundai driver Vacláv Janík past into the lead.

Cupra driver Fulín made his way past Groszek for second place on the second lap and closed the gap on Janík.

Fulín made the move stick for the lead on the third lap, demoting Janík to second.

Title contender Petr Semerád ran in the top three initially but was forced to retire due to a technical issue, leaving the road clear for Groszek to claim the title.

Fulín claimed a dominant win, just as in the first race, crossing the finishing line close to eleven second ahead of Janík.

Groszek claimed the title on 180 points while Semerád had to settle for second place on 169 points.