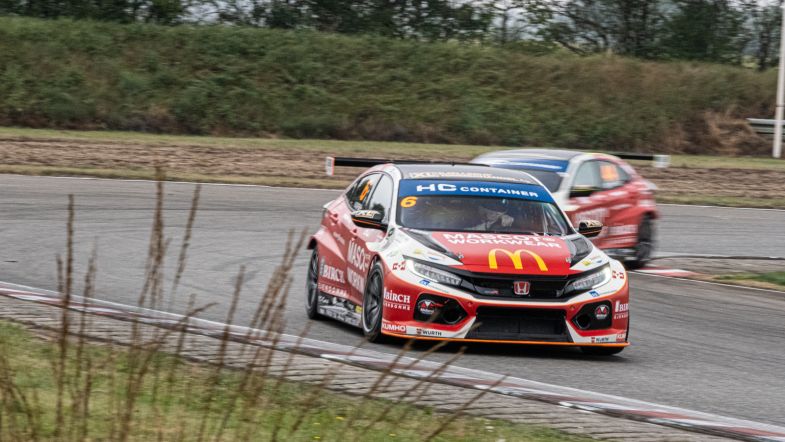 Reigning TCR Denmark champion Kasper Jensen was unstoppable in the first race of the weekend at Padborg Park, beating title rival Mike Halder by close to six seconds over the finish line.

The GMB Motorsport driver started from pole, made a strong start and never looked back.

The TPR Motorsport driver made a strong move on the outside of Birch into Turn 1 to snatch second place, but was then unable to make up any ground on Jensen.

Birch had to defend third place from Cupra driver Nicolai Sylvest who made a strong charge from sixth on the grid. But Sylvest was unable to get past and had to settle for fourth.

Anton Bergström, who started fourth, had a tough race and dropped down to finish seventh.

The second race of the weekend starts at 18:45 CEST.