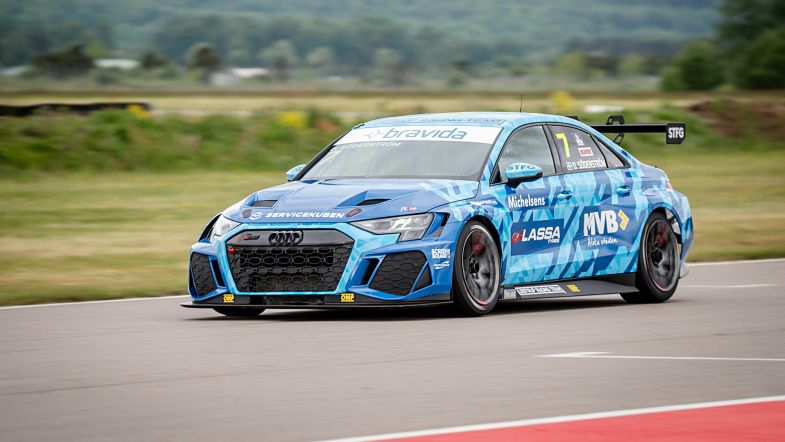 Frontrunning STCC TCR Scandinavia squad Lestrup Racing Team are not sure they will be on the grid in 2023, when the championship is set to become the first all-electric national touring car series in the world.

PWR’s R&D division, EPWR, have developed the electric drivetrain set to be introduced in the STCC next year – while Lestrup Racing Team themselves have launched an all-electric junior series named the NXT Gen Cup that will feature on the STCC support bill.

However, team owner Fredrik Lestrup said no plans had currently been set in terms of his team’s potential commitment to racing in the STCC next year.

“Our plans at the moment are focussed on NXT Gen Cup, which is a fun and time-consuming project,” Lestrup said when asked by TouringCarTimes about his 2023 plans. “It will be run as a separate entity to Lestrup Racing Team, which will continue to be Lestrup Racing Team. As far as STCC is concerned, as of today we do not know if that is going to be part of our programme for 2023.

“We are supporting the electrification of STCC and it will bring a lot of good things to the sport. I think we’ve demonstrated that belief with our own project. Whether there is a place for us on the (STCC) grid next year, however, and whether that’s something we will want to pursuit, I do not know.”

Lestrup went on to confirm his team has not sold their current TCR-spec Audis, as “we do not know where we’ll race next year”.