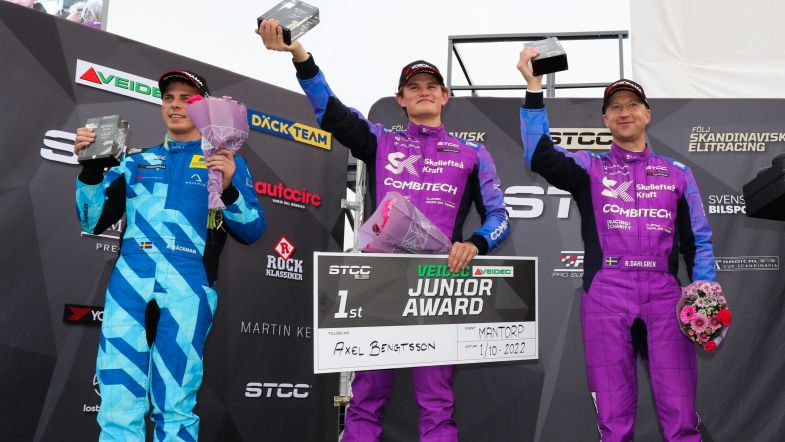 Axel Bengtsson became the last winner of STCC’s out-going TCR era, taking the junior title in the process and cementing a perfect day for PWR Racing that saw the squad also win the teams’ championship.

The third and final race of the Mantorp Park season-finale proved eventful as the field went all-out for one last time in 2022, and with the top eight of the grid reversed based on Race 2 finishing order.

That meant Bengtsson started on pole aboard his PWR Racing Cupra, and the rookie controlled the race throughout to sprint to a career-first victory.

With Race 1 winner Oliver Söderström, Bengtsson’s main rival for the junior title, running into mechanical trouble and retiring at the halfway stage, the win propelled Bengtsson ahead of his Lestrup Racing Team rival in the junior standings – adding to team-mate Robert Dahlgren’s overall title sealed in Race 2, and perfecting a clean-sweep of titles for PWR Racing.