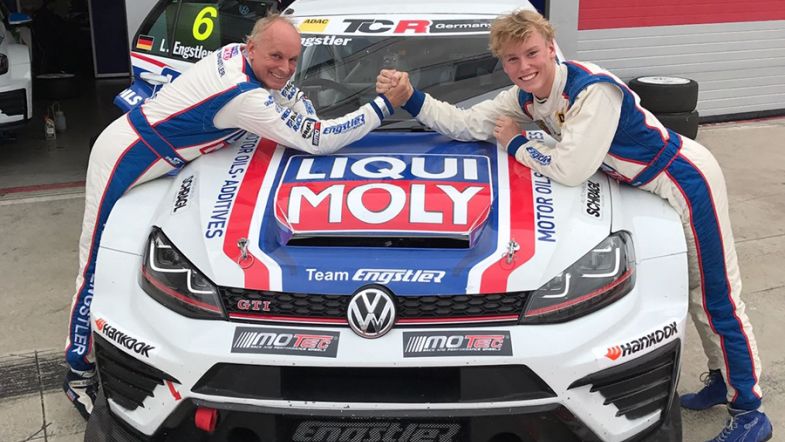 The 16-year-old has completed six days of testing at Adria in Italy in the Volkswagen Golf TCR that he is going to drive next season.

“The two cars completed nearly 3,600 km without any technical problems, and Luca surprised us by being the fastest, which convinced me even further to keep on supporting him,” said Franz Engstler.

”We had already given him the opportunity to move up to Formula 4 after three years in karting. In the two latest seasons of single-seaters we have seen that he has grown up well, becoming good enough to test a touring car. In Adria he was absolutely stunning!”

Luca Engstler finished 28th in the 2016 ADAC Formula 4 this season for Team Engstler, making his single seater debut the year before.