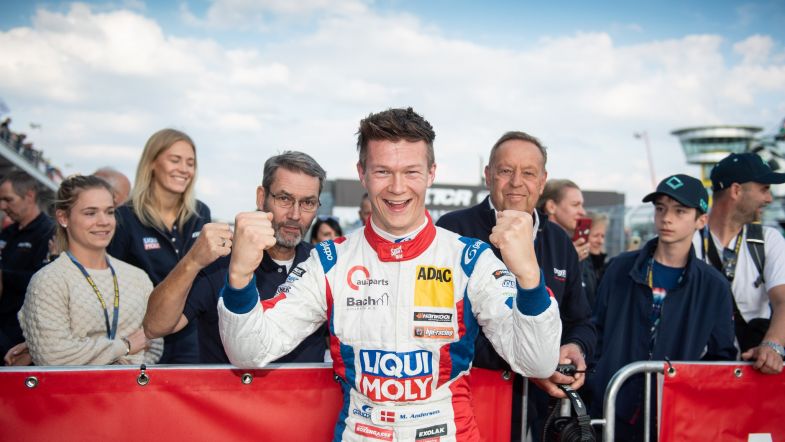 Martin Andersen secured his sixth consecutive victory in the final race of the Sachsenring weekend to claim the 2022 TCR Germany title with one race weekend still to go.

The Team Engstler driver started from pole, made a strong start and never looked back.

Comtoyou Racing’s Jessica Bäckman also made a strong start to get past René Kircher up into second place.

And Kircher dropped down to fourth position on the first lap from second place on the grid as Nordpass driver Jonas Karklys also made his way past.

The positions remained static for the majority of the race, bar a skirmish between Tim Rölleke and Szymon Ladniak on the last lap.

Rölleke braked too late and hit Ladniak, resulting in suspension damage for Rölleke who dropped to eleventh while Ladniak could finish seventh.

Andersen won the race two seconds ahead of Bäckman and five seconds ahead of Karklys, who came under hard pressure from former WTCR driver Niels Langeveld of Maurer Motorsport on the last lap.

The victory saw Andersen extending his gap over Bäckman to 91 points, meaning that the Honda driver is unbeatable ahead of the Hockenheim season finale on October 21-23rd.