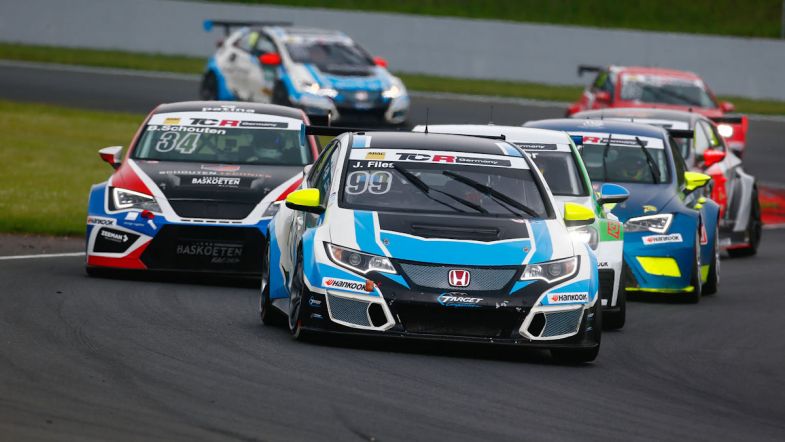 Josh Files will return for the 2017 TCR Germany series to defend his title, now facing a record entry of 42 cars for its second season.

The Italian team from South Tyrol will run seven cars in total in the 2017 season, as it will also run four brand new Audi RS 3 LMSs for Gosia Rdest, Simon Larsson, Tom Lautenschlager and Tim Zimmermann.

Files will carry the #1 on his Civic courtesy of becoming the series’ inaugural champion last year. The Brit had been hoping of a move to the WTCC-2 category this year, but his hopes were quashed when the category was cancelled.

“I have no doubt this year will be a completely different and much tougher challenge” said Files “I’m happy to be returning in my Honda with Target as we now have a year of experience together and more experience with the car also.

“Last year felt amazing to become the inaugural TCR Germany champions. It was hard at the start but when we got the Honda’s we knew we had a real shot at the title.

“Our testing was during the race weekends last year, so it took the whole season to really get on top of the car, and now we have some testing under our belts, I feel my 2017 title fighting car will be really up to the new challenge ahead. I am seriously not underestimating the new fights and difficulties that the 2017 season is going to bring, it will definitely be hard, but I love a challenge”