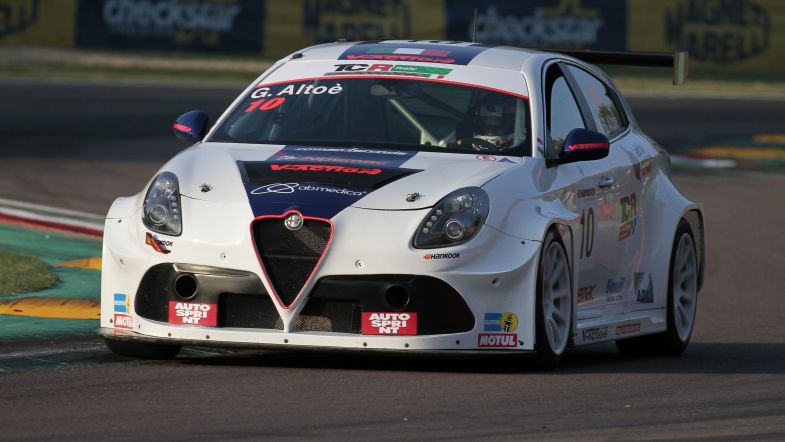 Luigi Ferrara will join team-mate Cosimo Barberini in the TCR Germany season finale at Hockenheim. The former Italian Formula 3 champion will be at the wheel of a V-Action Alfa Romeo Giulietta TCR, who will join the German series after making their debut two weeks ago at Imola with Giacomo Altoè and Joakim Darbom behind the wheel.

Ferrara’s pedigree includes a Porsche Carrera Cup Italia title in 2008, although he is more famous among touring car fans for his long spell in the Superstars Series, during which he took six wins in four seasons with Mercedes.

V-Action team owner Daniele Vernuccio commented: “We want to push the Alda Romeo Giulietta TCR to higher levels, both in Italy and in other countries. We are very proud of our work on the car and we want to try it out in a different environment compared to TCR Italy.”