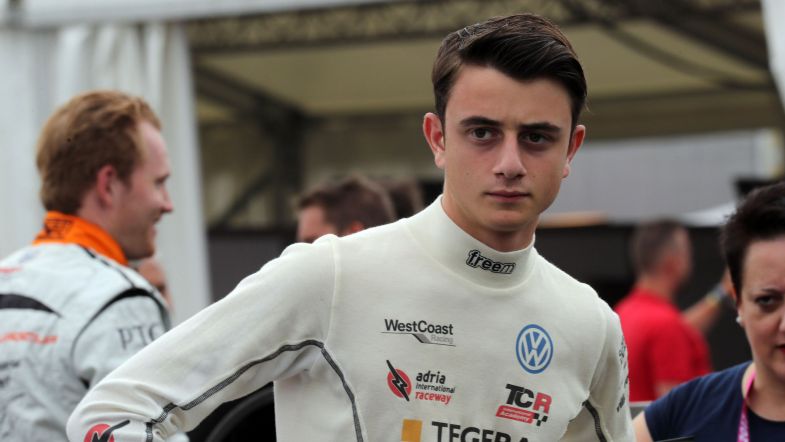 TCR International Series regular Giacomo Altoè will race in the first round of the 2018 TCR Middle East series this weekend at the Yas Marina circuit in Abu Dhabi, driving an Audi RS 3 LMS DSG for the Pit Lane Competizione team.

Altoè made his TCR debut in the Middle East championship last year, then driving a Subaru WRX STi TCR for Top Run Motorsport, before signing to race for WestCoast Racing in the International Series.

Altoè , who turned 17 in October, switched to the Hungarian M1RA team for the Thailand round of the series, scoring his first podium in the team’s Honda Civic TCR, before focussing on occasional outings with V-Action Racing in the TCR Italy championship and their Alfa Romeo Giulietta, and also taking part in the TCR Europe Trophy in a Target Competition-run Honda Civic at the Adria Raceway, the circuit which his family owns.

The Italian has previous experience of the RS 3, which is used as a track day car at the Adria Raceway, also racing the RS 3 LMS for Target during the TCR Italy season finale at Monza in October.

“I’m mega-happy to come back to TCR Middle East championship at Abu Dhabi this weekend, after a long winter break,” said Altoè.

The Audi of Pit Lane Competitione, the team which won the 2017 TCR Italy series with Nicola Baldan in a SEAT León TCR, will be equipped with a Direct-Shift Gearbox (DSG), instead of the often favoured but more expensive Sadev sequential gearbox.