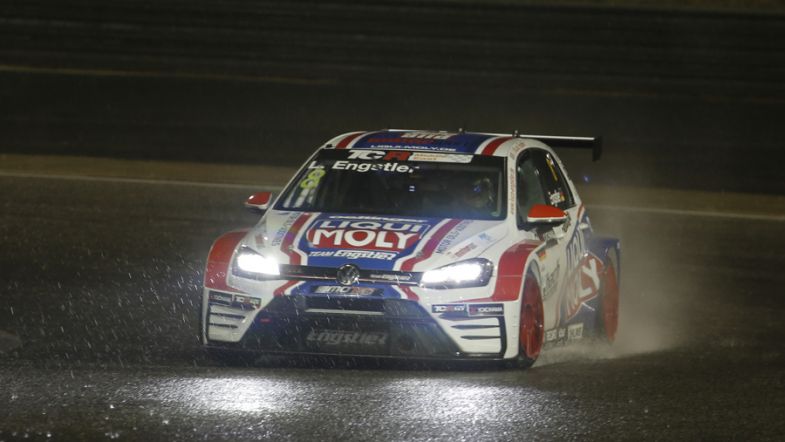 The race director of the TCR Middle East International Series has opted to cancel the final race of the day due to torrential rain, with the champion having already been decided when Luca Engstler won the first race in his Engstler Motorsport Volkswagen Golf GTI TCR.

In consultation with the drivers and teams, it was decided to cancel the final race, also to be held under the floodlights, with the conditions deemed too dangerous.

The series therefore ends after just five races, with 17-year-old Luca Engstler confirmed as the champion, taking over the title from Josh Files, finishing 27 points clear of his closest rival Giacomo Altoè.

Engstler’s team-mate Florian Thoma finishes third in the standings, 22 points further behind, with Mat’o Homola fourth, despite the Slovakian skipping the final round.