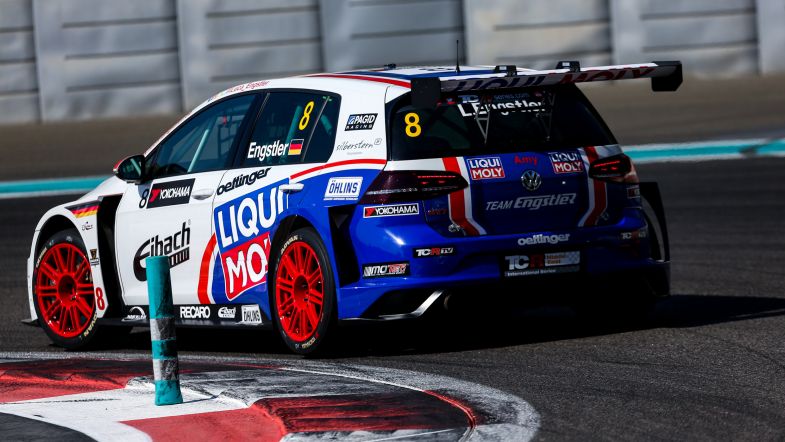 Engstler Motorsport’s Luca Engstler has now been declared the winner of the second race of the TCR Middle East series in Abu Dhabi, after Lorenzo Veglia was given a 30-second penalty for contact with the German.

Veglia had led the race up until lap 15, when he was passed following contact from the #39 Volkswagen of Florian Thoma. Thoma soon retired with suspension damage, while Engstler now was in the lead ahead of Veglia, but Veglia overtook 18-year-old Engstler’s Golf with two laps to go, also with contact, which the stewards found was excessive and he was given a post-race penalty.

“I was in the lead, braked in the usual position, turned in and Veglia crashed into the back of my car,” said a frustrated Engstler. “I’m a bit angry, because he didn’t say sorry, but it’s racing.”

The revised result sees Giacomo Altoè still in the lead of the championship, but now just by one point ahead of Luca Engstler, heading to the next round next weekend in Dubai.