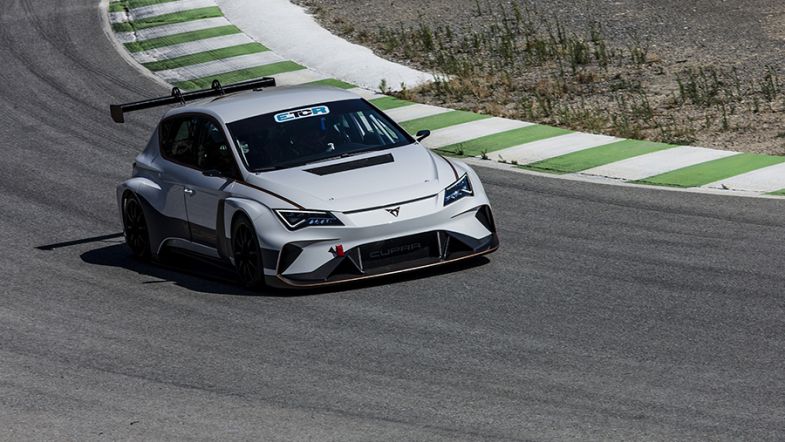 A few days after taking the track for a battery test in Croatia, Gené hit the track at the Parcmotor Castellolí circuit near Barcelona for a series of dynamic tests carried out by the Cupra technical team to verify the maximum output of the electric motors and management of various parts on the car.

Engineers and technicians will now focus on lap times with the electric car during the next round of testing, which aims to compete for victory in the first ever E-TCR championship.

“We want to prove that this is the future of competition and that an E-TCR car can be as competitive as a petrol-powered touring car and even more,” Cupra Racing director Jaime Puig. “We hope the track tests we are performing will encourage other brands to commit to the E-TCR championship.”

Gené himself was pleasantly surprised by the performance of the car in its initial test.

“It delivers impressive acceleration, and the excellent distribution of its batteries gives it a low centre of gravity with a much better than expected driving feel,” he said. “The only scope for improvement we see is with the braking, as it is obviously a heavier car and more difficult to stop with precision.”