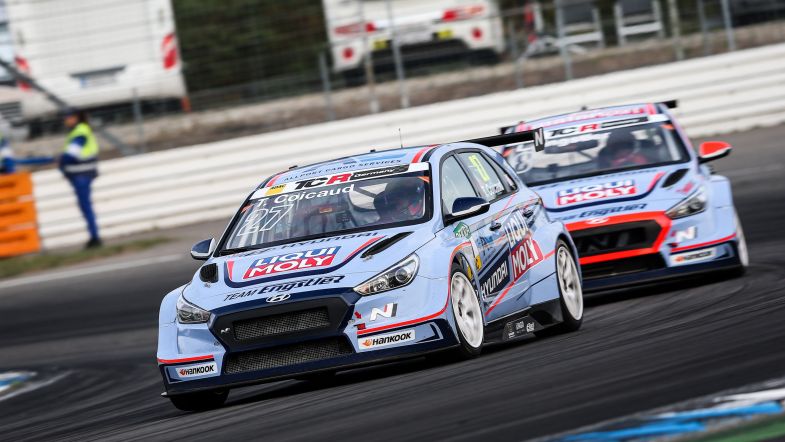 The 17-year-old lifted the rookie title last season at the wheel of an Audi RS 3 LMS and finished in an impressive sixth place overall, with a best finish of fourth at the Nürburgring.

Hesse will now be at the wheel of one of Team Engstler’s Hyundai i30 N TCR cars alongside fellow teenager Théo Coicaud, who returns for a second season having secured a single podium finish in the car in 2018.

“I’m really looking forward to working with Max,” team manager Andreas Klinge said. “We watched him last year and he was our preferred candidate for the new season. Together with Théo, who is going into his second season with us and who has already proven what he can do, we have two hot irons in the fire for 2019! The declared aim is to win the driver and team title in ADAC TCR Germany.”

The pair will hope to follow in the footsteps of Luca Engstler after he secured the title in fine fashion last season, with Klinge saying he was confident his pairing would be up to the job.

“Luca really had an outstanding season,” he said. “With eleven successes, he won the most races of all TCR drivers worldwide in 2018. The bar is therefore high, but with Hesse and Coicaud we have two strong driver for the upcoming season. Both come from karting, have many years of experience in racing and both have already raced in the ADAC TCR Germany.”