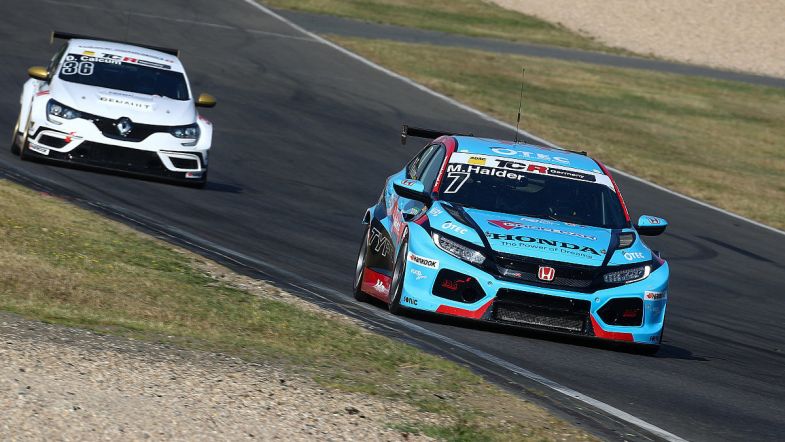 Team Honda ADAC Sachsen has revealed that is will field an unchanged driver line-up for the 2019 TCR Germany season.

Fugel meanwhile took a single victory at the Nurburgring en-route to eleventh in the standings.

“After the sensational success and an exceptionally strong performance in the past season, I’m ready to go full throttle!” Halder said. “Next to Dominik Fugel, I have a very clear goal in mind – to fight for the ADAC TCR Germany title in 2019.”