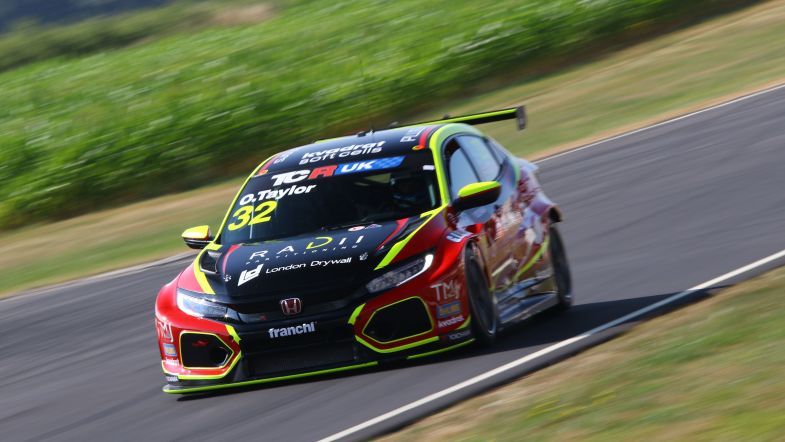 Pyro Motorsport has confirmed that it will make the move into the TCR Germany series for the 2019 season.

The team, best known for its success in the Renault Clio Cup UK, took Ollie Taylor to second place in the TCR UK standings last season and finished second in the teams’ championship behind WestCoast Racing.

Taylor took two races wins over the course of the season, whilst former BTCC champion Ash Sutton also secured a pair of victories during a one-off outing at Oulton Park.

Having sampled European competition with outings in the final two rounds of the TCR Europe season, Pyro has now confirmed it will switch to the German series for the new campaign.

Bradley Burns, who raced for the team in the Clio Cup last year, will be at the wheel of a Honda Civic Type R in what will be his first season of TCR competition, which gets underway at Oschersleben in April.

“I’m really happy to be continuing with Pyro Motorsport,” he said. “After last season, this is the next logical step for us and I feel really at home with the team. There will be new tracks and new challenges but I can’t wait for the season to start.”

Team boss Mark Hunt said he was looking forward to the new challenge of the German series.

“2019 is going to be an exciting year for Bradley and Pyro Motorsport as we move into TCR Germany,” he said. “Bradley instantly got comfortable in the car and pre-season testing has gone even better than we anticipated. He shows maturity beyond his years, and is an absolute pleasure to work with.”