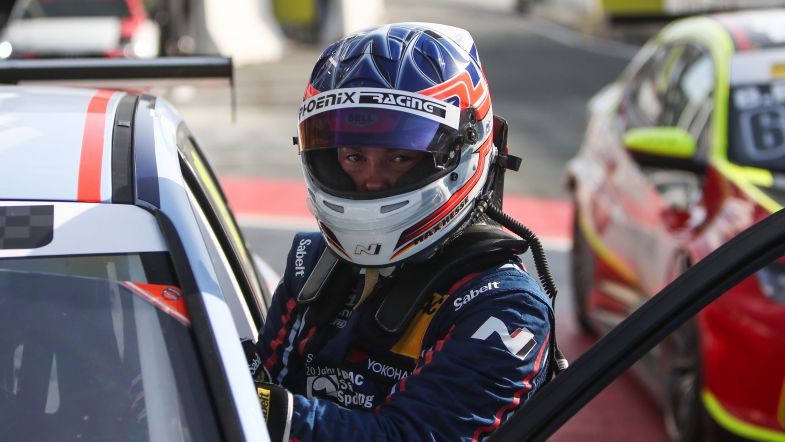 Title contender Max Hesse has been declared the winner of the rain-shortened second TCR Germany championship race at the Nürburgring.

Dominik Fugel had originally been classified in first place when the race was red-flagged due to heavy rain, then classed as leading a Honda 1-2-3 after nine completed laps.

However, the results have now been counted back to the end of lap six, when Hesse led, installing the Engstler Hyundai driver as the winner ahead of the Steibel Cupra of Pascal Eberle.

Mike Halder has been classified in fourth in his Fugel Sport Honda, with Julien Apotheloz completing the top five in his Topcar Cupra.

The outcome completes a strong weekend for Hesse in terms of the championship battle, after he also claimed the maximum points on offer in Saturday’s Race 1 – where on-the-road winner Neuville was ineligible to score due to his guest driver status.

However, with less than 75% of the race distance completed before the red flag, only half-points will be awarded for Race 2.

Hesse thereby reduced the gap to Buri from 24 to 22 points at the head of the standings.

“It was a hell of a race,” said Hesse. “It was a lot of fun with the slicks in the wet. For sure the most entertaining race so far. I’m super happy to win it. We got the most points we were able to get this weekend so I’m really grateful.”

The next TCR Germany championship round takes place at Hockenheim on 13–15 September.