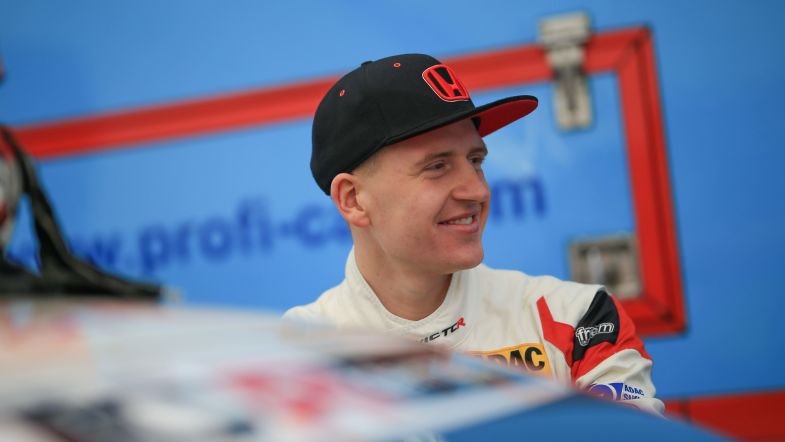 The final TCR Germany championship race of the Nürburgring weekend has been red-flagged after torrential rain hit the Eifel mountains, with Honda’s Dominik Fugel the provisional winner.

The race started on a dry track, only for chaos to erupt when a massive downpour drenched the area after four laps.

Fugel was among the first to dive into the pitlane for a change onto wet-weather tyres, just as the rain intensified further still.

The conditions reached their most treacherous point on lap six, when a bizarre scene played out at the Advan-Bogen kink just before the final chicane.

Several of the cars still shod with slicks aquaplaned off in spectacular fashion, echoing a synchronized swimming contest as they took to the vast gravel run off area in great correspondence. Everyone, however, was able to rejoin the track and continue.

The race was stopped shortly afterwards, just as Jan Seyffert crashed his Lada, and was not resumed.

At the time of the stoppage, Fugel – who had worked his way back into a lead he held early on – was classified in first place ahead of Bradley Burns and Mike Halder in a Honda 1-2-3.

The result is yet to be confirmed amid confusion surrounding red-flag and countback rules.