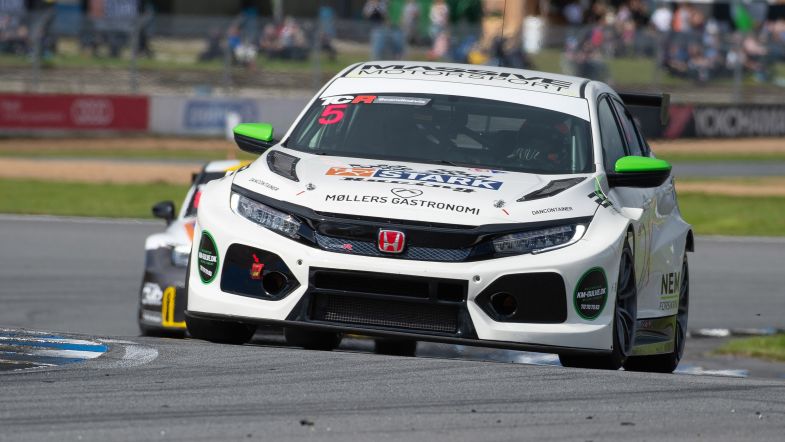 Casper Elgaard has turned around from being the slowest in practice on Friday, to being a pole position contender in his Honda Civic FK8 TCR at Jyllandsringen, after qualifying in second today at his home circuit.

The 41-year-old five-time DTC champion was just under half a second behind poleman Robert Dahlgren’s Cupra, despite it being his first experience competing in a TCR specification car.

“Yesterday was my first time in the car, and I spent most of the time on really bad tyres so we knew it would be better today,” said Elgaard to TouringCarTimes. “But we didn’t expect to go from 13th to second.

“It’s just about finding that limit and where can you actually push more with these tyres – I think there’s still more in me, but I’m more than happy with qualifying.

Looking ahead to the races, Elgaard has no expectations, having only launched the car twice before.

“I haven’t done a race stint, and I tried two starts yesterday, the first was really shit, the other one was OK. I’m just really happy with having qualified second, and we’ll take it from there.”