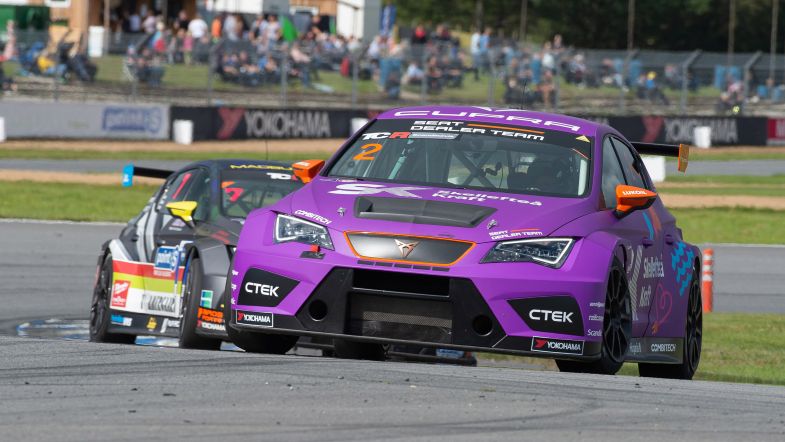 Robert Dahlgren was more than happy with his pole position lap at Jyllandsringen, which put the PWR Racing driver on pole by almost half a second over Casper Elgaard’s Honda Civic TCR at the Dane’s home circuit.

Dahlgren, claiming his fourth pole position of the year, has also extended his lead in the drivers’ standings by two points over Tobias Brink to 17, going into tomorrow’s two races.

“That was a good lap,” said Dahlgren to TouringCarTimes.

“On my first lap, I knew I needed to pull something out of the bag and I put everything out there on the last go.

“It’s not every day you do a lap like that, so it’s a good feeling. The team did an amazing job.”

Looking ahead to the races, and the potential battle with Elgaard’s Honda at the Danish champion’s home circuit, Dahlgren added:

“We’ll see what the car’s like tomorrow on used rubber. We tested a week and a half ago at Mantorp Park, and it felt like we had a good race car. What we don’t know is Casper (Elgaard) in the Honda, and what sort of speed he’ll have in the race. If he starts like Mattias Andersson does in his Honda, we’re in trouble.”