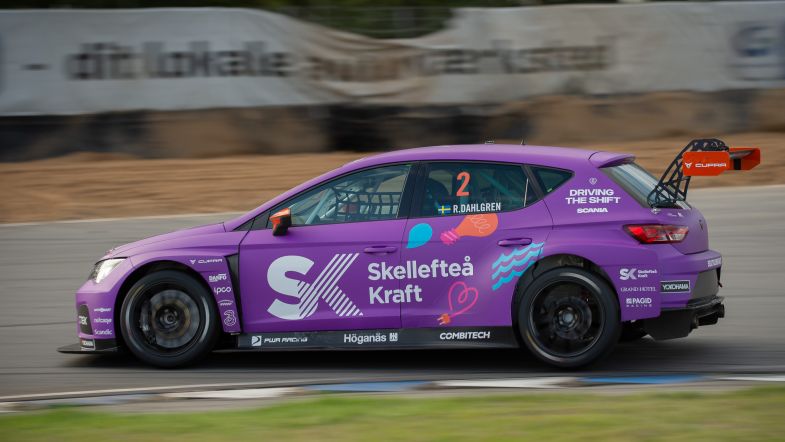 Dahlgren led the way through both qualifying sessions as he had in practice, with no one seemingly able to get near the PWR Racing Cupra driver.

Dahlgren’s best time of 1:09.794 in Q1 easily saw him through to Q2, with the Brink Audi of Andreas Wernersson second fastest.

Casper Elgaard safely saw himself through to Q2 in the Honda, just under three-tenths off the pace.

The last driver to make the cut was MA:GP Honda driver Mattias Andersson, while apart from Elgaard, no other Danish driver made it through to Q2.

Dahlgren was quick off the blocks in his Cupra, and set the best time of the day with a 1:09.786.

Brink was close to Dahlgren’s first time, but on his second run, Dahlgren improved his time to 1:09.353, while Elgaard closed up to second, just 0.499 seconds behind, with Brink completing the top three.

Mikaeala Åhlin-Kottulinsky dropped out of the top six and will start both races from seventh in her PWR Racing Cupra, with Mattias Andersson eighth in his Honda Civic FK2 TCR.

The first race is scheduled for 11:40 CEST tomorrow.