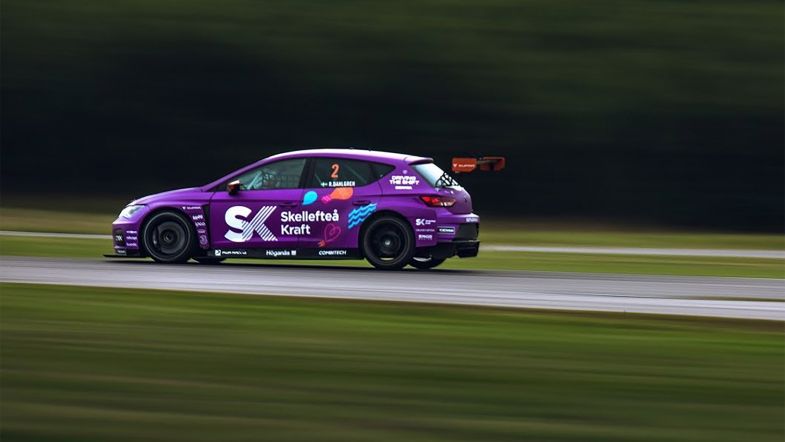 Robert Dahlgren leads the way in second practice at Jyllandsringen

Dahlgren was the first driver to break under the 1:10 barrier at the half-way point of the session in his Cupra TCR, at that point nearly a second clear of the rest of the field.

Late improvements from Ahlberg, and the MA:GP Honda Civic FK2 TCR of Mattias Andersson, despite Andersson carrying the maximum 20kg of success ballast, saw them close in on the 2017 champion within the final minutes.

Hannes Morin was the best-placed of the Brink Motorsport Audi drivers in fourth, seven-tenths of a second away from Dahlgren’s pace, with Albin Wärnelöv’s Experion Racing Volkswagen and Tobias Brink’s Audi also within a second.

The fastest Dane was Casper Elgaard, who has improved his pace since yesterday. The Massive Motorsport Honda Civic FK8 TCR driver was seventh fastest, 1.048 seconds away from Dahlgren, finishing just ahead of Swedish TCR Scandinavia race-winners Mikaela Åhlin-Kottulinsky and Andreas Wernersson.