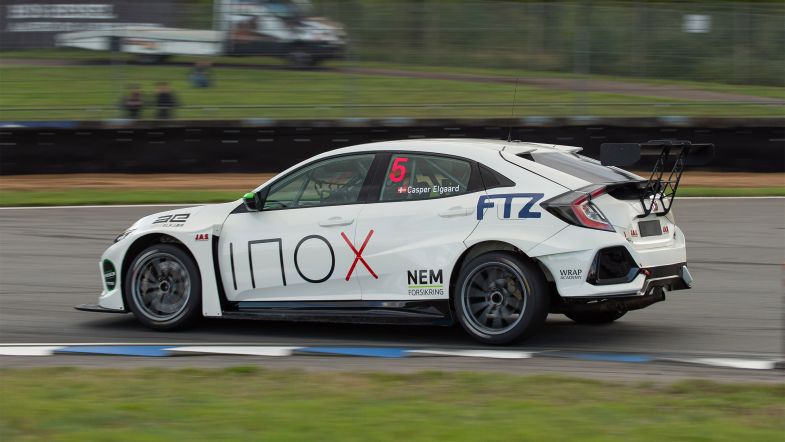 Casper Elgaard more impressed than he expected with TCR Scandinavia

Casper Elgaard has said he’s more impressed with the championship and the TCR concept than he expected, after his first weekend in the championship, racing a brand new Honda Civic Type R FK8 TCR for his own Massive Motorsport team.

A crawl before the start earned him a penalty which dropped him to fifth in Race 1, while he was fighting for a podium in Race 2 before he came together with Hannes Morin’s Audi at the first turn, with both cars ending up out of the race.

“Trying a new car and not getting that many laps, I think our pace was good. We played it a bit safe in the races, which hurt us a bit. I was a bit defensive in how loose I dared to make the rear – but our pace was OK and we were there in the top five, and could have been even more if I didn’t mess up the start.”

Looking to next year, Elgaard is hopeful plans to expand the Scandinavian championship come together, and is positive about the series, and the TCR cars.

“We definitely hope we’ll have a Danish championship next year, and then mix it with the Scandinavian championship,” he said. “I think this was very fun, and if we can get more Danish and Swedish drivers and get a good grid, that would be amazing.

“I was very optimistic about the championship and the cars coming into the weekend, and having tried them now, I’m even more so.”