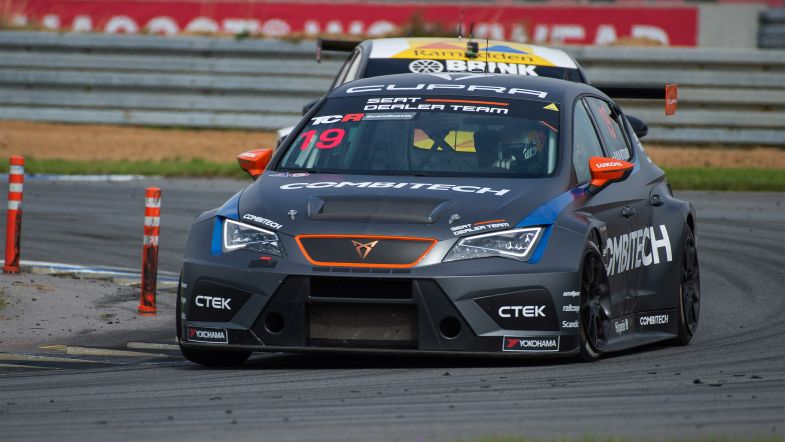 Mikaela Åhlin-Kottulinsky was on the whole disappointed with the race weekend at the Jyllandsringen circuit, coming away with a sixth and fifth in the two races in her PWR Racing Cupra TCR, but moves back up to fifth in the standings, a position she hopes she can keep come the season’s end.

The winner of the season opener at Knutstorp is now officially out of the running for the 2019 title, but has found herself entangled in a battle with touring car veteran Mattias Andersson for fifth in the standings. She also found herself battling with the Honda driver on track in Denmark in both races, overtaking him in Race 1, while finishing just behind him on track in Race 2.

“The fight with Mattias was fun, as he’s often hard to overtake. I overtook him on lap two, but we’ve been struggling on the whole this weekend,” she said to TouringCarTimes.

“We couldn’t find the right set-up in qualifying, and then we had some mechanical issues – the team worked all night to resolve them for the races, but we weren’t really in the flow.

“We learned a lot this weekend, and somethings have worked out for me, and some things haven’t. It wasn’t a weekend to forget though, I don’t like this saying, as there’s always something you can learn.”

Now tied with Andersson for fifth in the points, she heads to Mantorp Park optimistic of overhauling the Honda driver.

“My goal has been to be top five this season, so it would be nice to finish top five,” she added. “If we get back to where we should be with the car, I don’t see any issues with us finishing fifth in the championship.”