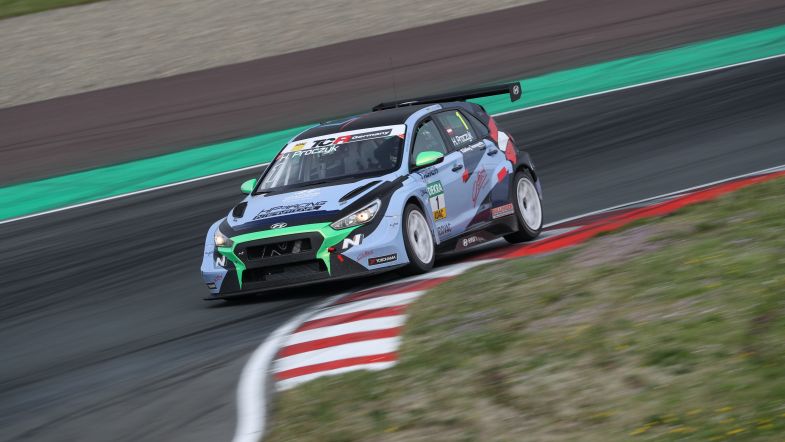 HP Racing International’s Harald Proczyk has claimed pole position for the opening TCR Germany championship race of the weekend at Hockenheim, while points leader Antti Buri will have work to do in the second race after a difficult session.

At the wheel of his Hyundai i30 N TCR, Proczyk set a time of 1:47.461, to go two-tenths of a second faster than the guesting Target Competition Hyundai of Andreas Backman.

Behind Backman came Hyundai Team Englster’s Theo Coicaud, just a hundredth of a second in arrears of the Swede, with Max Hesse fourth.

Mike Halder qualified his Fugel Sport Honda Civic Type R FK8 TCR fifth as the best placed of the non-Hyundai drivers, with Jessica Backman rounding out the top six in the second of the Target Competition cars.

Lukas Niedertscheider will start seventh in his HP Racing International Hyundai, alongside Pascal Eberle’ Steibel Motorsport Cupra, with Bradley Burns and Dominik Fugel rounding out the top ten. That means Fugel will start Race 2 from pole thanks to the reversed grid.

Points leader Buri however only managed twelfth on the grid in his Audi after just sneaking into the second segment of qualifying, with Proczyk clawing back some of his deficit to the Finn with the additional points for pole.