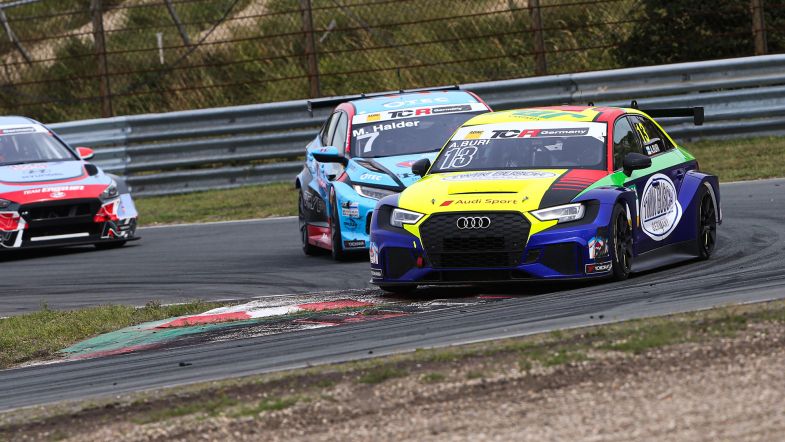 Four drivers are in the TCR Germany championship title fight for the very last race of the season at Sachsenring tomorrow. Points leader Max Hesse had a dreadful penultimate race to finish eighth. The Hyundai driver is just four points ahead of reigning champion Harald Proczyk who finished fourth.

Antti Buri was the best scoring driver of the title rivals in today’s race. The LMS Racing driver crossed the finishing line in second place to reduce gap to Proczyk to just one point.

“It was a great race, I really wanted to overtake (Dominik) Fugel and that would have meant important points,” said Buri.

“But I did not stand a chance, we were on the same level, he was faster in some areas and I was faster in others. The car was great and that makes me very positive for tomorrow.”

Furthest from the points lead but still with a mathematical chance is Team Fugel driver Mike Halder. The Honda driver finished third today and is 28 points from the lead with 45 points still available from tomorrow’s qualifying and final race.

“I have nothing left to lose and will go for full attack,” said Halder.