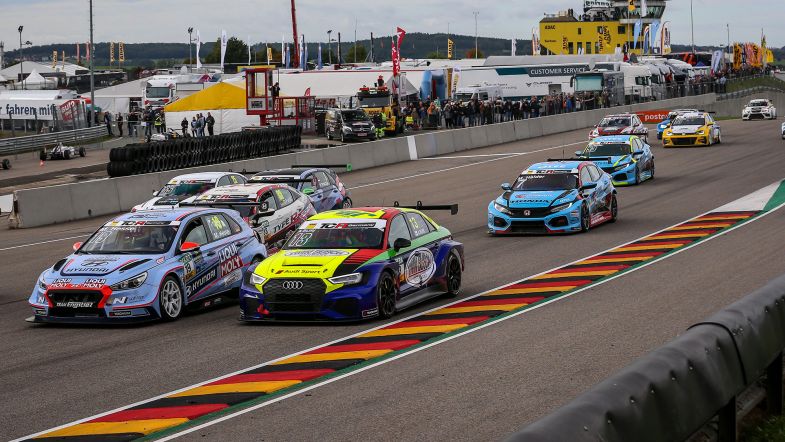 Antti Buri had one hand on the 2019 TCR Germany championship title after a photo-finish with Max Hesse in the very last race of the year at Sachsenring. But the LMS Racing driver dropped to third in the standings after receiving a post-race penalty and was emotional after the race.

“I gave it all up to the very end. It was pretty close and it hurts of course. I will just have to let it go,” said Buri.

The Finish driver received the penalty for making contact with title rival Harald Proczyk on the last lap when claiming second position. Buri was then able to beat Hesse in a drag race to the finishing line, beating the Hyundai driver by 0.011 seconds.

That result meant Buri had the same points as Hesse, but with the Team Engstler driver as champion as he had more second place finishes as they were tied on the number of victories. The penalty dropped Buri from first to third in the race result.

The Audi RS 3 LMS driver headed the championship standings until the races at Hockenheim where he struggled to fight for the top positions and finished 12 points behind Hesse in the end.

“The only really bad weekend was Hockenheim. At the moment the disappointment prevails, even though I know I drove a great season and we did a great job as a team,” said Buri.

Buri is yet to decide on plans for 2020 and a potential continuation of their TCR Germany programme.

“I do not know yet how we will move on. We have focussed completely on this season. We will have to see what’s coming,” said Buri.