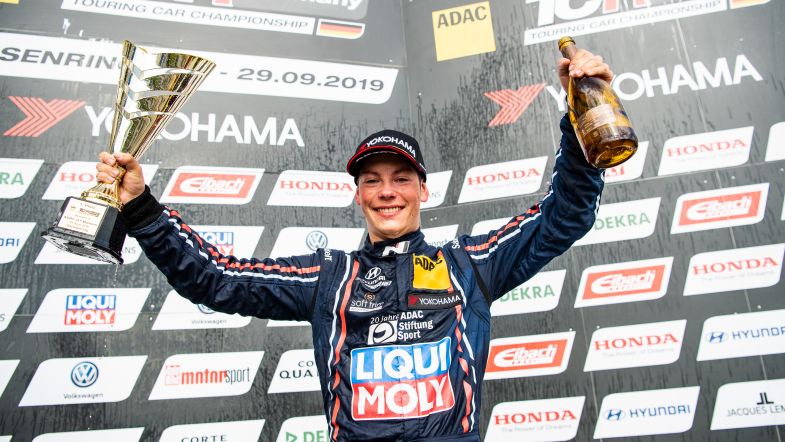 Max Hesse was crowned the 2019 TCR Germany championship champion after a controversial final race of the season at Sachsenring.

“That was just awesome, absolute madness,” said Hesse after the race.

The Team Engstler driver started fifth but quickly made his way to the lead, ending the race with victory following a controversial photo-finish with title rival Antti Buri.

“It was a really difficult race, I was constantly monitoring my tyres and looking in the mirror on what the others did behind me,” said Hesse.

The 18-year-old Hyundai driver became the first German to claim the TCR Germany title in the series’ fourth year.

“The team has done a great job, we gave it all and fortunately we were rewarded. I am proud to become the first German champion of TCR Germany. I am just so happy and hope that this will continue for me!” said Hesse.