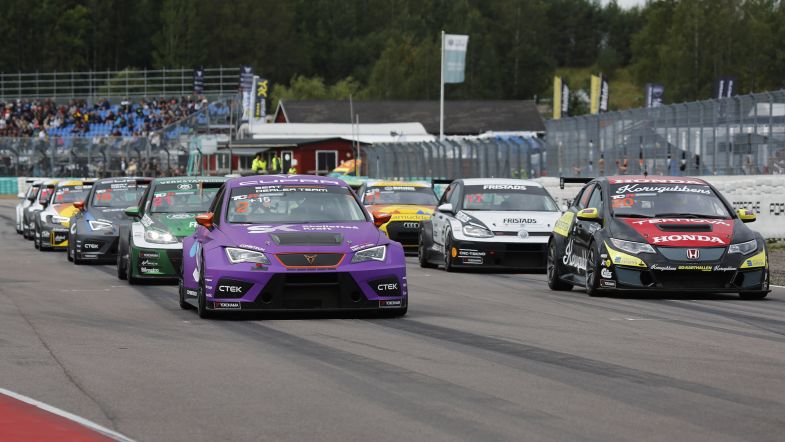 The TCR Scandinavia Touring Car Championship has unveiled a seven-round calendar for 2020, with the series targeting adding a new event, a street race in Copenhagen, as part of an expanded cooperation with the potential new Danish championship, and a new promoter.

The championship, which effectively launched this year after the previous promoter and championship, STCC AB, declared its bankruptcy over the winter, continued as a self-promoted operation in 2019, but now a new promoter, MOM Events, has come onboard to move the series forward from 2020.

MOM Events’ CEO Micke Bern, formerly known as Micke Ohlsson, who drove for the Brink Motorsport team in the 2017-2018 STCC, is excited at the new arrangement.

“I have had an extensive dialogue with (TCR Scandinavia rights holder) Greger (Petersson) about TCR and Scandinavian top-level racing. I am flattered to have this opportunity, but I am also aware of the responsibility that comes with it,” said Bern.

“We are young and hungry to drive the development of the championship with our teams, drivers and partners.”

Along with the new calendar, comes a 70,000 EUR prize fund across the course of the season, and a new junior class, open to drivers under 26 and who compete in cars built three years or more ago.

“We have seen very talented drivers like Andreas Wernersson, Linus Ohlsson and Henric Skoog grow and take the next step from the junior classes in the past. With our new junior format, we create even better conditions to secure the growth of Swedish top-level racing,” added Bern.

The calendar will remain at seven events, now five in Sweden, and two set to take place in Denmark.

In cooperation with the planned Danish series, a “Scandinavian champion” will be crowned from those who compete in a selected four of the events.

With the addition of a potential race in Copenhagen, Anderstorp has been removed from the calendar, with that circuit now hosting a round of the DTM series from next year.