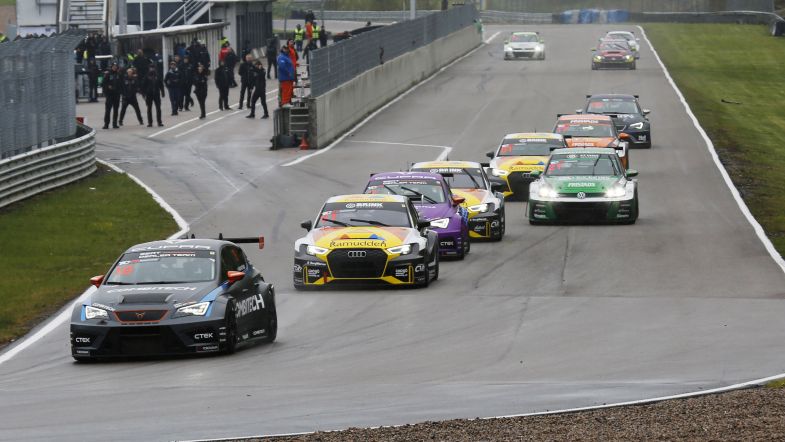 TCR Scandinavia targeting 24-car grid, and will rename back to STCC

The TCR Scandinavia Touring Car Championship is aiming for a grid optimum of 24 cars for its 2020 season, and has also bought the rights to the STCC name, with the plan to rebrand back to STCC TCR Scandinavia next year.

At a press conference at their season finale at the Mantorp Park circuit, the new championship promoter confirmed a raft of new initiatives next year, including a new FANZONE in the paddock, improved broadcasting, media and social media engagement, and the rights to the STCC name.

“The plan is to go back to STCC TCR Scandinavia, as we were in 2017-2018, as this is important,” said new promoter Micke Bern to TouringCarTimes.

“The name has a lot of history. I’m also aiming for a minimum of 18 cars next year, but I’m hopeful of getting to 24, that’s my target.”

Two teams Bern hopes to bring back into the championship are WestCoast Racing and the Lestrup Racing Team, with WestCoast having one of the most successful histories in the championship, and with Lestrup’s team having threatened for the title last year with hot shot driver Andreas Wernersson.

“I know Dick (Jonsson-Wigroth, team principal of WestCoast), and my job this winter is to convince him to come back.

“Also Fredrik (Lestrup), as his is the kind of team we need, and he has absolutely the right mindset for where we’re going.”