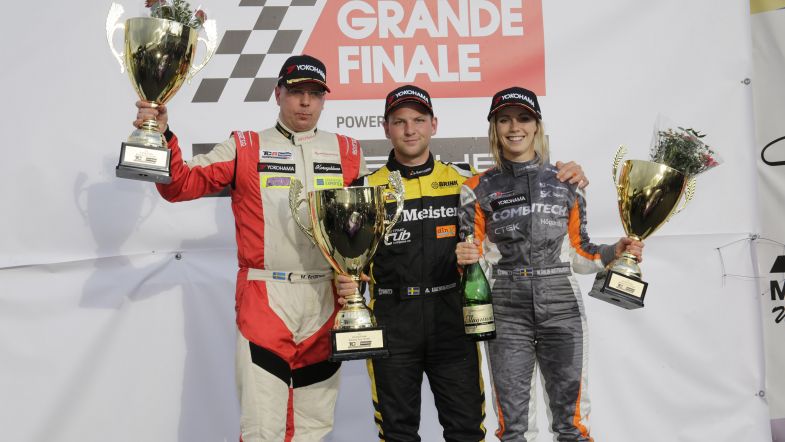 Andreas Wernersson finishes the season on a high with most wins

Andreas Wernersson ended the 2019 TCR Scandinavia championship season on top of the podium after picking up his fourth win of the year, in doing so sealing the teams’ title for Brink Motorsport.

After effectively falling out of championship contention after race incidents at Karlskoga and Jyllandsringen, Wernersson was able to convert the reversed grid pole position into a win for the Audi RS 3 LMS, and ensuring the Brink Motorsport team ended up with something to be happy about, after defeating championship favourites PWR Racing in the teams’ title.

Wernersson finishes the season with the most wins, four, against Robert Dahlgren’s three, Tobias Brink, Andreas Ahlberg and Mattias Andersson with two, and with Mikaela Åhlin-Kottulinsky on one.

“When we couldn’t make the title, we made some new aims,” said Wernersson.

“For the team it was important to win the teams’ championship, and then my engineer Ronnie Bergström told me I had to win now, as then I’d win the most wins of the season, so we drove for that, and the car was good, the guys did a fantastic job.”

“We started the season well, but had really bad qualifying at Gelleråsen and then we pushed (Tomas) Engström and got penalised, which was correct. Then in Denmark I was unlucky when I hit the wall, and that’s when I saw the title disappear.

“I’ve not been so calm for a race weekend like I have at this one all year, as I didn’t feel I had anything to race for, second, third or fourth – it’s good to get the bronze medal, but I want to be where Dahlgren is up there.”