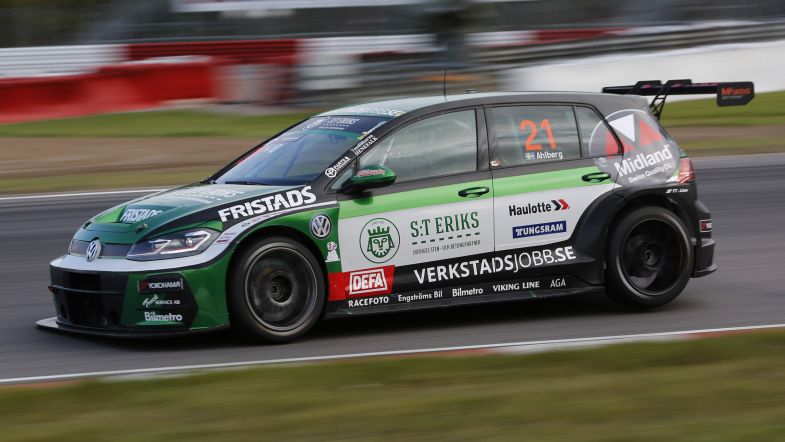 Micke Kågered Racing’s Andreas Ahlberg finished the TCR Scandinavia championship season on a relative low, with a seventh and eleventh his two worst results of the season at Mantorp Park.

The results saw him drop to fourth behind Andreas Wernersson in the drivers’ championship, with lack of speed the key factor.

The Volkswagen Golf GTI TCR driver qualified seventh, outside the vital top six for the reversed grid turnaround, and in a season with two wins and a worst finish of sixth all year, fighting to keep with the pack was the best he could manage in Saturday’s races.

“The whole weekend was a shame,” said Ahlberg.

“We knew it would be hard, as we struggled all year with top speed, but here we couldn’t do anything. The top speed for us was too low, and it doesn’t feel so fair when you see the races, the Audi and Cupra could pass us so easily on the straight.

“My lap in Q2 was probably one of the best laps I’d ever driven, but we were still a second off. We were third in the championship when we came here, but finished fourth, but I feel we deserved to be on the podium.”