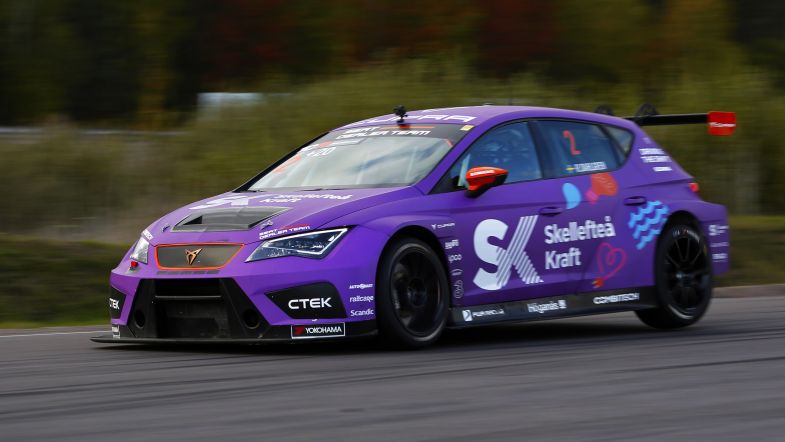 Robert Dahlgren has re-signed with PWR – but could race elsewhere

Newly-crowned TCR Scandinavia drivers’ champion Robert Dahlgren has said he has a deal to continue racing with the PWR Racing outfit next year, but options are open as to where that will be.

With PWR Racing having expanded from the TCR Scandinavia championship to the World Touring Car Cup this year, the door is open for Dahlgren to potentially race elsewhere, with the team also looking into the possibility of racing in the TCR Europe series.

The team plans to continue racing in Scandinavia next year and is supporting a test at the Gelleråsen Arena today for drivers interested in 2020, and with a new promoter for next year, there are hopes the championship will see an increase in numbers next season.

“This Scandinavian championship has been up and down like a stock exchange,” said Dahlgren.

“I think we’ve seen the lows in terms of the amount of cars we’ve seen, but next year I think we’ll see an increase the number of cars and it’ll still be very tough at the top.”

On his future plans, Dahlgren was secretive, but the driver – who briefly ‘retired’ at the end of 2016 after leaving Polestar Racing – confirmed he’ll be back with PWR Racing.

“I have a contract with PWR Racing to race next year, but we haven’t said that it is 100% this championship – it could be any championship.”