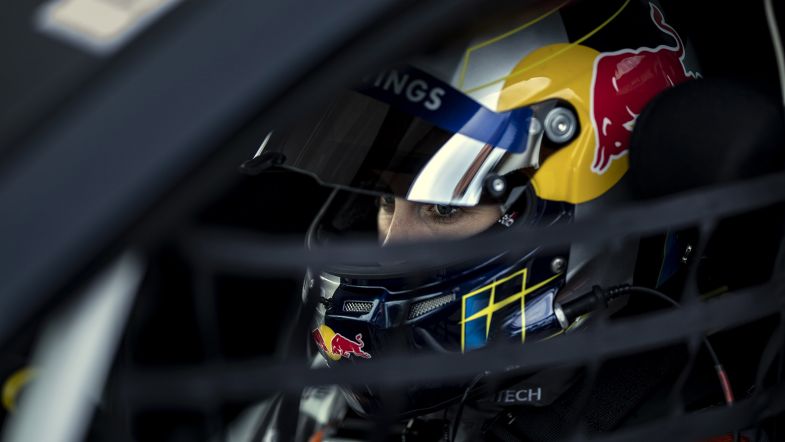 Mikaela Åhlin-Kottulinsky hopes to be back on the grid next year after a competitive season in the TCR Scandinavia championship, opening with a pole and a win at Knutstorp, and taking five podiums on her way to sixth, but as yet doesn’t have a contract for 2020.

The 26-year-old finished the season on a positive note, despite all the Cupra drivers struggling for pace at Mantorp Park, with a delta compensation weight difference of 60kg to the Audi and Honda teams which dominated the races.

“That was all we could do; it was really tough,” said Åhlin-Kottulinsky.

“I had a good start in Race 2, I had a bit of a gap to Mattias (Andersson), but at the straight I was a bit of a passenger. I tried to maintain the distance, but that’s all we had in the car with the weight in the car this weekend – I’m really happy I could give the guys and the girls in the team a last podium.”

After a storming start to the season with victory from an outright pole position at the opening race at Knutstorp, the 2019 season was a further step forward for the Red Bull-backed driver, who is looking for a deal to return next year.

“I wanted to get another win, and the goal was always to take more poles and to take wins. Compared to last year, where I was nowhere close to taking poles and podiums, I’m happy with my development and what I’ve learned. I’ve got a long winter to let this experience stay in my body and hopefully continue next year,” she said.

“I know what I want, and for sure I want to continue to race here in TCR Scandinavia as it’s a tough championship. You can see that with Daniel (Haglöf) coming back this weekend – he’s had podiums in WTCR, and it’s not like he’s come back and he’s the best of us all, so it shows we have good competition here in TCR Scandinavia.

“I hope that I can stay, we’ll see – but I don’t have any signed contracts yet.”