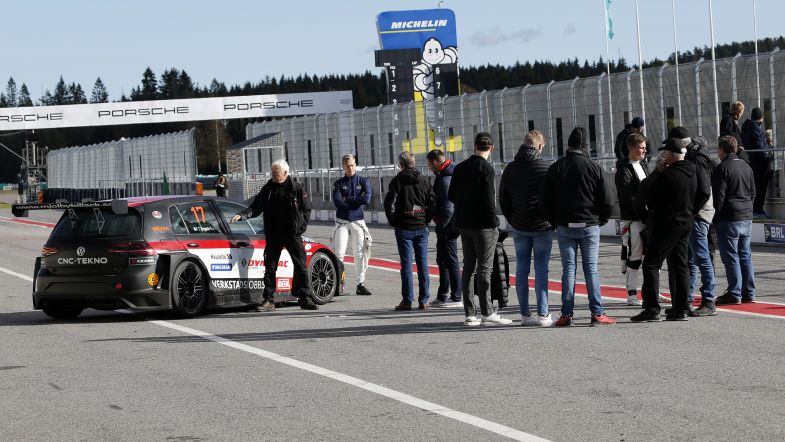 “We had 13 skilled drivers on site for the test day and three of them are champions from the 2019 season,” said Micke Bern, CEO of MOM Events AB, the new promotor for the championship.

“This is an important part in our programme to secure the regrowth of the championship and take Scandinavian top level racing forward. The day felt very positive and I think there is a great possibility that we had one of the 2020 title contenders here.”

“The TCR car was really fun to drive, especially interesting as I have only raced rear wheel-drive cars before. I think I got the grips of the car quickly, the feeling was good. I look positively at the future for STCC and I think it will be a great championship next year,” said Emil Persson.