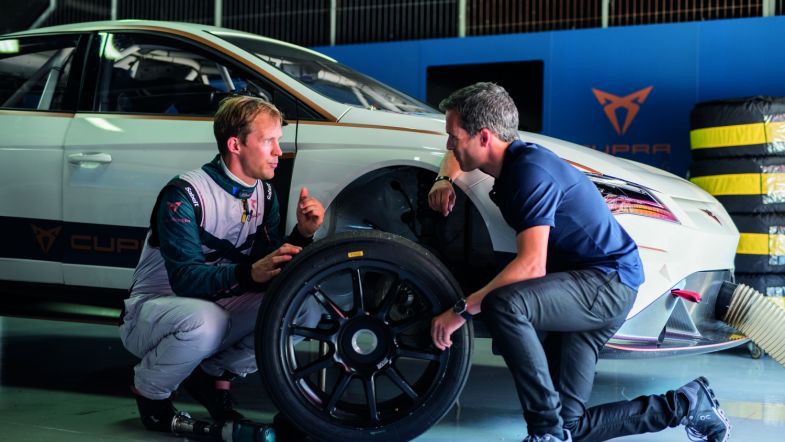 Mattias Ekström has completed his first test with the Cupra e-Racer in his role as development driver for the Spanish manufacturer’s ETCR programme.

“It felt really good, especially when reaching full power coming out of the slow corners on the circuit,” said Ekström.

“I still need some time to get used to the sound of the engine; it’s much quieter than any other I’ve driven before, and I’m a very emotional driver. In addition, I have to pay close attention to energy management in each lap; that’s essential with an electric race car, almost as important as its speed.”

The Swede tested the 670hp Cupra at the Montmeló Circuit in Barcelona as Cupra continue development ahead of the inaugural ETCR season.

“I hope to be able to help the Cupra team with my experience and the feedback from the car’s steering wheel to make it faster, but at the same time more consistent and easy to drive,” said Ekström.

“Once we begin competing with the Cupra e-Racer, we have to keep our eyes on the victory and to do that we must be well prepared.”

“Winning is everything to me; it’s the same with the Cupra e-Racer as with any of the other cars I’ve competed with. So my dream is to win and be the champion. I want to put Cupra on the podium of global motorsport.”