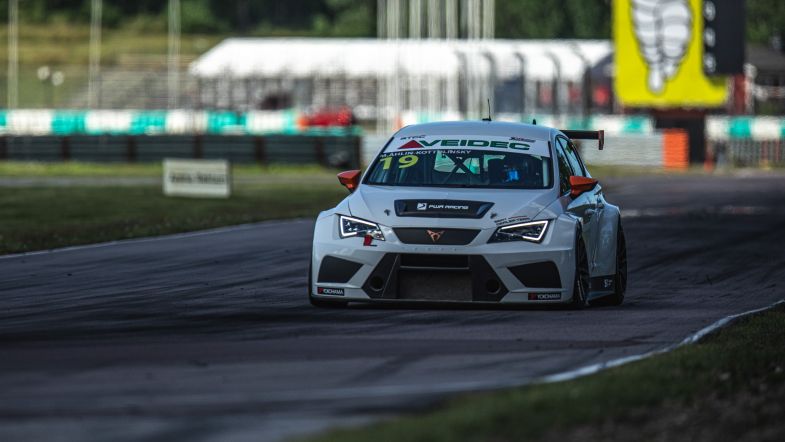 STCC veteran Mattias Andersson, who will start his 20th STCC season this year, was fourth fastest, 0.523 from the top time.

Reigning champion Robert Dahlgren was just one thousand of a second behind Andersson in fifth position with his new Cupra.

Mikael Karlsson, Volkswagen, and Albin Wärnelöv, Hyundai, rounded off the top eight, six and nine tenths of a second behind respectively.

The drivers will take part in a one-lap shootout, starting in reversed order from the results of both sessions today, at 16:00 CEST with a watch and tyres from Yokohama as prize for the fastest driver.