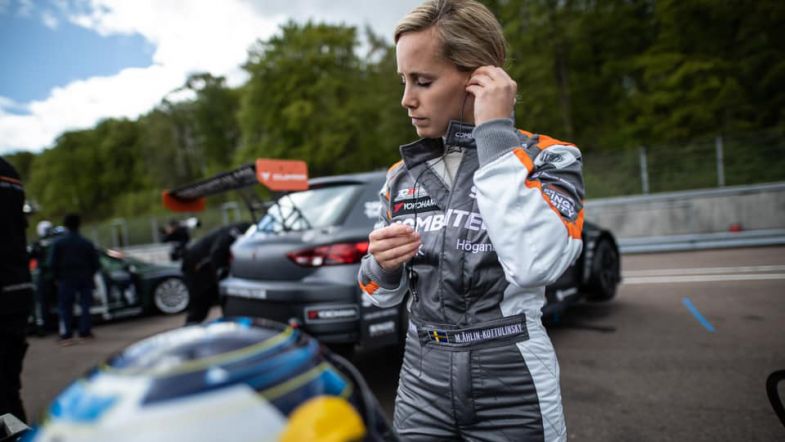 Mikaela Åhlin-Kottulinsky was fastest in the inaugural pre-season STCC Official Shootout at Gelleråsen Arena, a one-lap shootout session for all drivers of the pre-season test.

The Cupra driver topped the afternoon test session and was last to start the shootout as they reversed the results of the test for the starting order.

Åhlin-Kottulinsky lapped the Gelleråsen Arena circuit in 1:06.204 and was just above four tenths of a second ahead of Honda Racing Sweden driver Mattias Andersson.

Tobias Brink, who topped the morning session, was third fastest for Brink Motorsport, close to seven tenths of a second from the top time.

Lestrup Racing Team driver Oliver Söderström held the top time for a good portion of the session, but was knocked down to fourth position in the end, 0.752 seconds behind.

Kågered Racing’s Mikael Karlsson was just 36 thousands of a second behind Söderström in fifth position, with team-mate Andreas Ahlberg in sixth.

Former WTCC champion Rob Huff was seventh fastest, just over one second from the fastest time of the session.

Emil Persson rounded off the top eight with his Volkswagen Golf GTI TCR, 1.101 seconds from P1.

There was one incident during the session as Hannes Morin lost control over his Audi RS 3 LMS at the final corner, rallycrossing over the gravel trap and lost over five seconds to finish 12th and last.

Reigning champion Robert Dahlgren took part in the session but without a transponder as his new Cupra León Competición TCR is yet to be Balance of Performance tested by the TCR organisation.