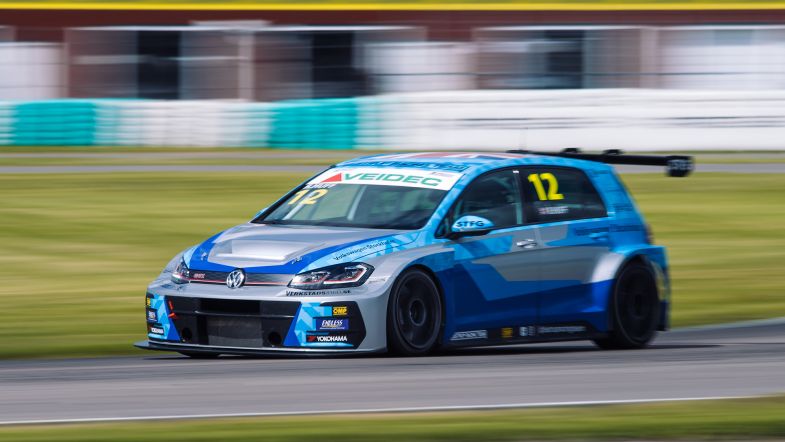 Rob Huff: “Nice to be back after seven months of no driving”

Rob Huff returned behind the wheel of a race car for the first time since the coronavirus lockdown during the official STCC TCR Scandinavia pre-season test at Gelleråsen Arena in Sweden with Lestrup Racing Team.

“It was nice to be back after seven months of no driving and we had two good days of testing in mixed conditions which was nice for me to learn the circuit,” said Huff.

The team completed a test day at Gelleråsen Arena prior to the official test day and the 2012 WTCC champion was sixth fastest behind the wheel of his Volkswagen Golf GTI TCR.

“We had a test plan for each day, both of which we completed and we made really good progress,” said Huff.

Huff arrived in Sweden last week and will remain in the country for further testing with the team ahead of the STCC season start in mid-August.

“I am really impressed with the team. They are working to a high level and are very professional and friendly. They really made me feel part of the team,” said Huff.